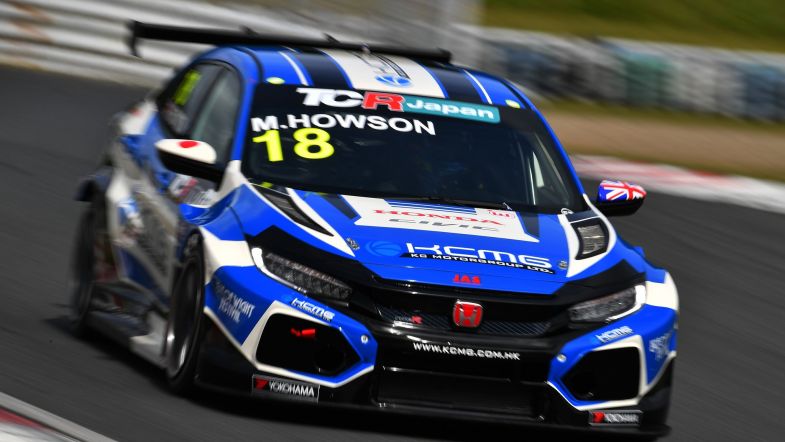 Matt Howson wins the first round of the season at Autopolis

Matt Howson has won the first round of the TCR Japan Touring Car Series at the Autopolis circuit, leading from lights-to-flag in his KCMG Honda Civic TCR, ahead of the Hitotsuyama Racing Audi RS 3 LMS of Takuro Shinohara.

The race started behind the safety car due to wet weather, with the race starting on lap three, with Howson, Shinohara and the Team Goh Models Honda driver Yu Kanamaru pulling a safe distance to the two Volkswagen Golfs behind.

All the drama was behind the top five, first with the Honda Civic of Reeshu Shioya clambering into the side of Kenji’s N-Speed Audi RS 3 LMS while fighting for seventh.

Kenji would later run off the track with damage and fall behind the chasing group, with Shioya himself falling off the track and brushing the barriers in his Team G Motion Honda.

Kenji eventually crossed the line in ninth, with Masayuki Ueda completing the top ten in his Birth Racing Project Audi.