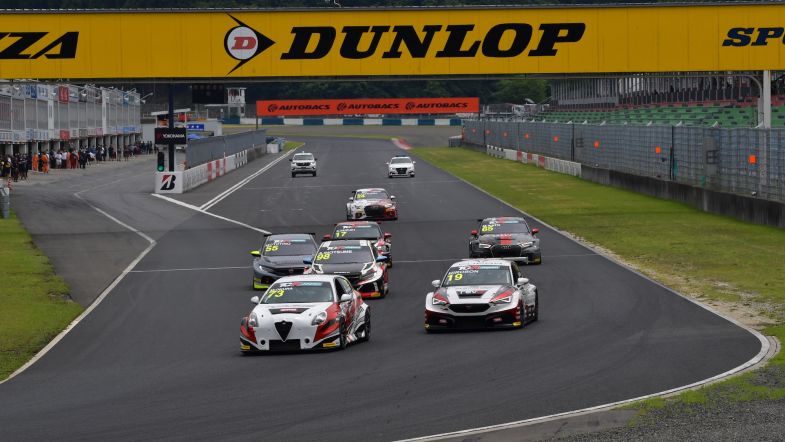 The Cupra driver started the first race from pole position but was passed when heading into Turn 1 by Mineki Okura.

Hirobon clawed his way back to claim the lead just two laps from the end while Okura dropped down to finish fourth.

The second race saw Inotsume starting from pole position ahead of Hirobon.

But it was Okura who made the best start to head the field after the first corner.

The lead was not to last for long as Hirobon was able to get past for the lead before the end of the first lap.

Okura was handed a drive-through penalty for jumping the start and dropped down the field.

Hirobon claimed his third win of the season, nine seconds ahead of 55Motor Racing driver Mototino, with Inotsume completing the podium.

The next TCR Japan round will take place on July 23-24 at Sugo.