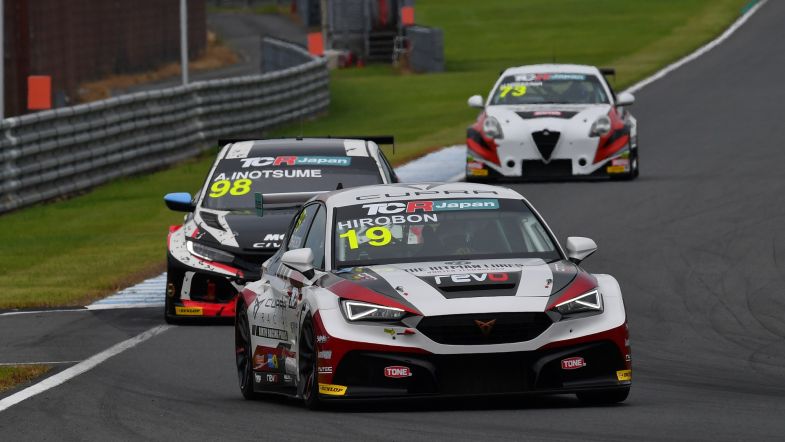 Hirobon won both TCR Japan races at Twin Ring Motegi this weekend to extend his points lead in both the Saturday and Sunday series.

The Cupra driver started from second position in the first race behind Audi driver Masanobu Kato.

Hirobon closed the gap on Kato towards the end of the race and made the move for the lead on lap ten.

The Brith Racing Project driver won the race by close to 1.5 seconds ahead of Honda driver Anna Inotsume and Alfa Romeo driver Hideyoshi Nishizawa, while Kato dropped down to finish eighth.

And just like in the first race, Hirobon made the move for the lead on lap ten, winning the race by 2.2 seconds ahead of Inotsume while Audi driver Kato completed the podium.

The penultimate round of the season will be held on September 9-11 at Fuji Speedway.