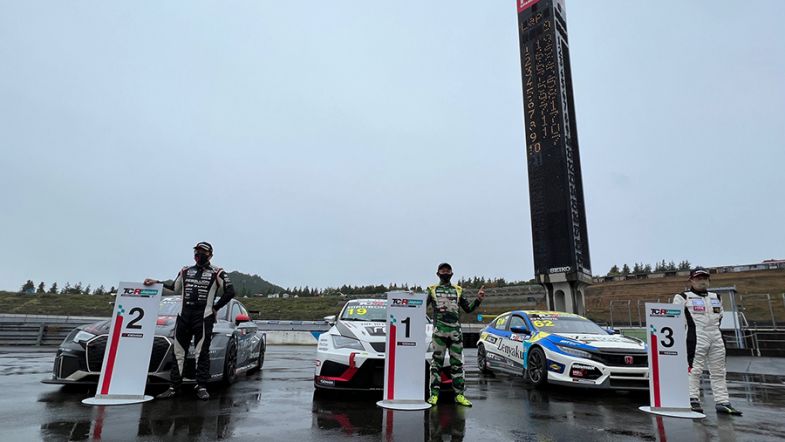 Hirobon takes Motegi win to close in on Sunday crown

Hirobon moved closer to securing the Sunday series title in TCR Japan with victory in race two of the weekend at Twin Ring Motegi.

The Cupra driver had wrapped up the Saturday crown with a podium finish in race one and was able to extend his advantage in the Sunday points thanks to his fourth win of the campaigb in wet conditions.

The race started after two laps behind the safety car as a result of the conditions, with Mineki Okura’s Alfa Romeo Giulietta leading the field from the pole position.

That lead wouldn’t last for long however, as both Masanobu Kato’s Audi and Hirobon managed to get ahead and then started to ease away at the front.

Series returnee Resshu Shioya moved up to fourth ahead of Mototino and then overtook Okura to grab a podium slot, whilst behind, Jun Sato was sixth until a spin allowed Anna Inotsume to get ahead.

Kato built a ten-second margin over Hirobon but then spun in the tricky conditions and Hirobon grabbed the opportunity to take the lead.

Kato tried to find a gap to retake the place, but at the beginning of the last lap he made another mistake and lost contact.

Hirobon therefor won with a 1.5 second margin from Kato, while Shioya completed the podium, celebrating his return to the championship after surviving cancer therapy.

Hirobon leads the standings by 18 points ahead of Kato, with 30 points on offer final race at Suzuka.