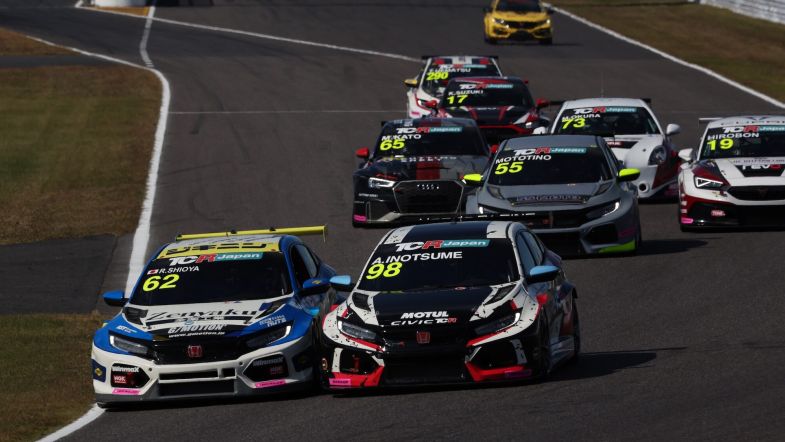 The Birth Racing Project driver did however not stand on top of the podium in either of the two races of the season finale.

The first race saw Mototino claiming the lead but was soon caught by Honda driver Anna Inotsume who had started from pole.

The Dome Racing driver claimed the lead as the field started the second lap while Mototino dropped down to finish third behind Audi driver Masanobu Kato.

Inotsume won the first race with a margin of over 13 seconds to Kato.

The second race saw Inotsume once again starting from pole, but just as in the first race dropping a position.

This time it was Resshu Shioya of Team G/Motion who made the best start to claim the lead.

Shioya and Inotsume fought hard for the lead, with the two making contact, an incident which saw Inotsume dropping down to finish fourth.

Shioya won the race, his first win of 2022, just six tenths of a second ahead of Cupra driver Hirobon who closed in rapidly towards the end.