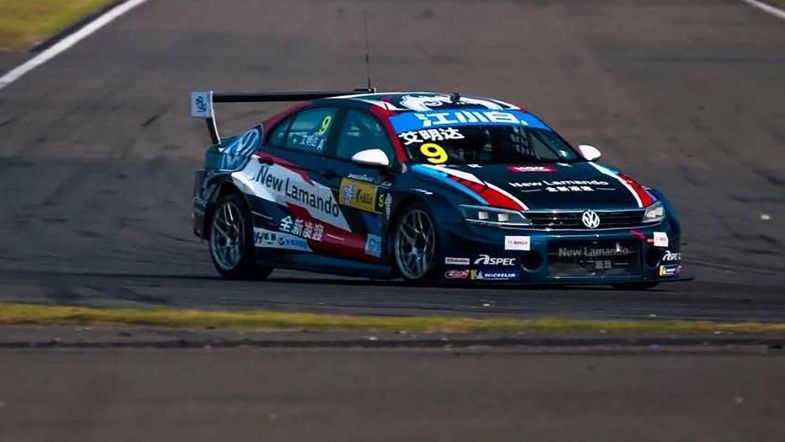 Rodolfo Avila secured his first victory in the CTCC in his SAIC Volkswagen Lamando GTS at Shanghai, benefitting after early race leader Rob Huff pulled over and handed his full-time team-mates the 1-2 finish.

Huff started from pole position and had a large lead into the first corner ahead of his Volkswagen 333 Racing team-mates Rodolfo Avila and Zhang Zhen Dong.

David Zhu in the BAIC Senova had moved up to fourth, with team-mate Darryl O’Young behind him at the end of the first lap, but O’Young began to drop back as the race drew on.

The start wasn’t so good for the other Senova of Juan Carlos Zhu, who was tipped into a spin by one of the Kias at Turn 3 and dropped to the back of the pack.

Huff handed the lead over to Avila on lap four on the straight, allowing Zhang by on the following lap and took up position ahead of Zhu.

Scything through the pack during the closing stages of the race was Martin Cao in the Kia, who passed his Kia team-mate Leo Yi, and his last year’s title rival when he was with Ford, with some contact on the penultimate lap to move up to fifth, and then managed to overtake Zhu on the final lap to finish fourth.

Rainey He was the best-placed of the Changan Fords in seventh, with Cai Yue’s Kia eighth, Darryl O’Young ninth, and Andy Yan’s Ford in tenth.

SAIC Volkswagen’s Zhang Zhen Dong now moves into the lead of the championship by 18 points heading to the next round.