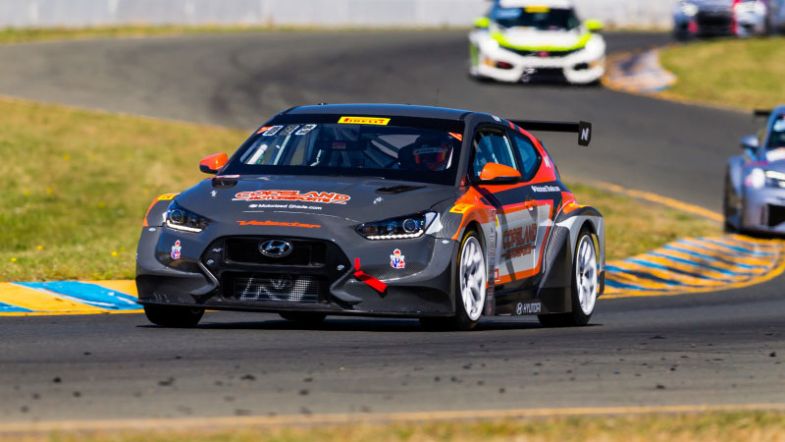 Mason Filippi scored his second pole position of the season on his return to the TC America series, driving a Hyundai Veloster N TCR run by Copeland Motorsports.

Risi Competizione’s James Walker was involved in the only incident of the session, braking late and getting stuck in his Alfa Romeo Giulietta TCR in a run-off area. The American managed to get the car out under its own power and got back out in the session.

Filippi set a best lap time of 1:48.189, half a second clear of HRD’s Michael Hurczyn, at the wheel of a Volkswagen Golf GTI TCR.

Harry Cheung was third in his LAP Motorsports Honda Civic Type R FK8 TCR, with the second HRD Golf, driven by Nate Vincent, in fourth position, 1.1 seconds off the pace.

Victor González was fifth in his VCMG Racing the Honda Civic TCR, with Walker in sixth, unable to improve his lap time on his last attempt.

McCann Racing’s Christian Cole completed the classification in ninth, 2.2 seconds off the pace.