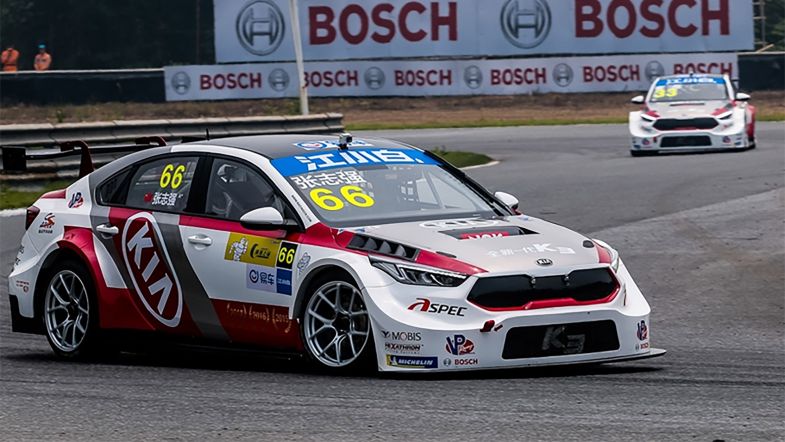 Martin Cao has won the first race of the China Touring Car Championship weekend at Tianma, his first win since joining the Dongfeng Kia Racing Team this year, finishing ahead of Volkswagen driver Zhang Zhen Dong and the Changan Ford FRD Team Focus of Jim Ka To.

Although Oriola qualified sixth, the Spaniard was the first retirement of the race.

Cao won the race by 3.7 seconds over Zhen Dong, who extends his lead in the points standings, with Zhan pulling off his best result of the season in third.