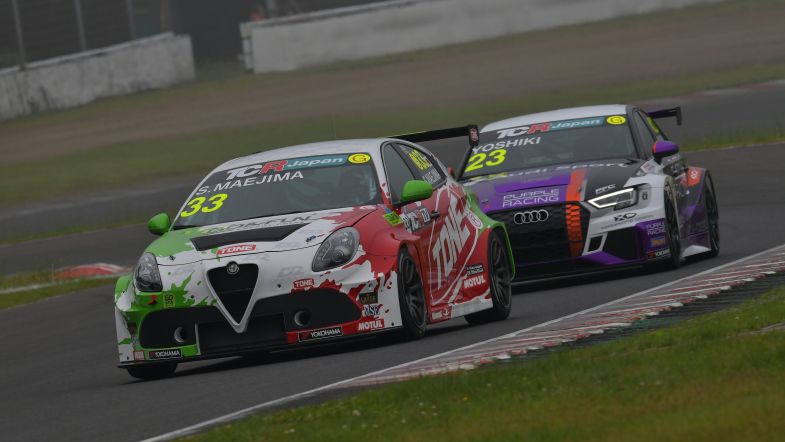 Pole-sitter Takuro Shinohara got away well from pole and led from Matt Howson’s KCMG Honda, but the pair tangled which forced Shinohara out of the race and brought out the safety car.

Yuke Taniguchi led a fierce battle for third place behind the leading duo, with Hirobon, Mitsuyama and the Audi RS 3 LMS of Yoshiki all in close quarters.

Taniguchi eventually retired after losing the rear of his Honda Civic Type R FK8 TCR under braking for the Turn 8 hairpin.

That brought out the safety car for the second time with just four minutes remaining. Such was the amount of time taken to retrieve Taniguchi’s car that only one lap was left to run after it came in.

Maejima therefore was untroubled en route to victory, while Mitsuyama challenged Matsumoto hard on the final lap, but couldn’t get close enough to wrestle the place of his fellow Volkswagen driver and had to settle for third at the finish.

Hirobon headed Yoshiki for fourth while Kenji brought his Audi home sixth. Howson finished ninth after a lonely race in his KCMG Honda.