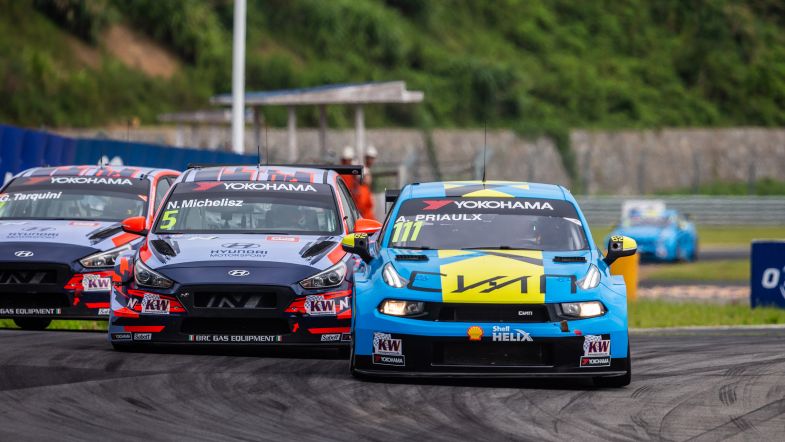 The TCR CEO, Marcello Lotti, has defended the change in Balance of Performance ahead of the China weekend for the Volkswagen Group and Lynk & Co cars, with Hyundai Motorsport drivers having taken aim at the change, believing that it has given Cyan Racing, that run the cars an unfair advantage.

The BoP was adjusted heading into the weekend, after the TCR technical team re-evaluated the engine map of the Lynk & Co 03 TCR, the Audi RS 3 LMS, the Volkswagen Golf GTI TCR and the Cupra TCR, in order to remove a point of concern where the cars were subject to overboosting.

Three Audis and one Cupra were excluded from the results of the Portuguese race, due to an erratic overboost, which the two Audi teams took to the FIA International Court of Appeal, with the result due in the next few days.

Lynk & Co also took their car back to the TCR test centre and ran their car on the dyno, in order to resolve as wastegate issue which saw their car excluded from overboosting at Zandvoort, depriving Yvan Muller of pole position for Race 3.

Lotti told TouringCarTimes: “I think it’s OK. At Zandvoort, we didn’t have the right information, but if a manufacturer wants to re-evaluate their car, they’re allowed to do it.

“I think from what we’ve seen this weekend, it looks fair. The racing was close, no car had an advantage. The change for the Lynk & Cos was only to resolve this problem with the wastegate, and not about improving performance.”

Although the boost levels were increased at the various RPM levels, the ignition level was also reduced, which has been explained as key to ensuring there’s no overall performance advantage to the new levels, by Lynk & Co and the TCR technical team.