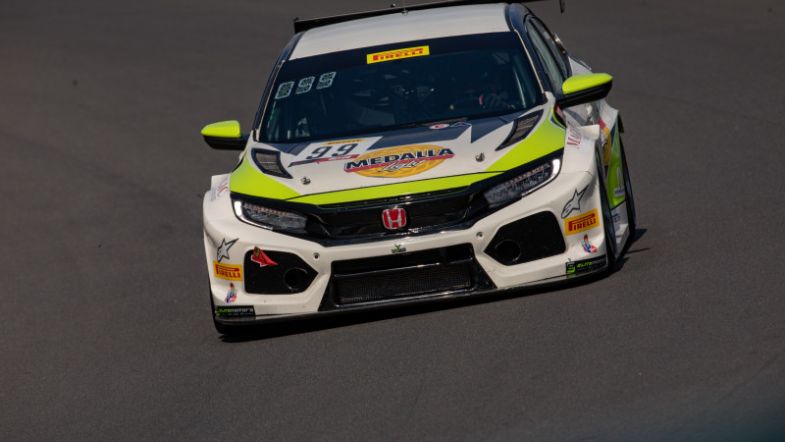 Victor Gonzalez took his second TC America victory of the season in a rain-delayed final race of the weekend at Road America as pole sitter Michael Hurczyn made a mistake.

The start of the race was delayed due to torrential rain and when the field finally got going, it was behind the safety car for an extra lap.

FCP Euro driver Hurczyn started from pole but it only lasted for one lap before he went off at high speed in the wet conditions at the first corner. The Volkswagen Golf GTI TCR driver somehow managed to avoid the barriers and got back on track with three positions lost.

Championship leader Hurczyn fought back and managed to get past Alfa Romeo driver James Walker, as well as FCP Euro team-mate Nate Vincent.

He then fought hard to catch VGMC Racing driver Gonzales, reducing a 12-second lead to half that as they started the final lap. But it was not enough, with Honda Civic Type-R FK8 TCR driver Gonzales claiming the win with a five-second margin to Hurczyn.

Race 1 pole-sitter Michael McCann Jr had a dreadful race in the difficult conditions, going off twice at the same corner to drop down far behind the leaders to finish seventh and last of the TCR cars.