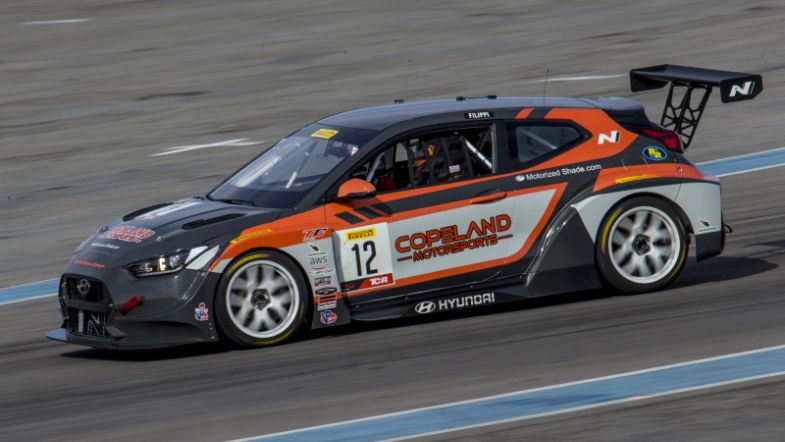 Filippi started from pole and claimed the lead at the start in his Hyundai Veloster N TCR. Vincent pushed hard towards the end of the race and closed in on Filippi.

However, the Volkswagen Golf GTI TCR driver never got close enough, despite trying very hard, getting up on two wheels briefly when lapping a car of another class.

The safety car was issued on lap four to clear a car from another class that had stopped on track. The restart came five laps later, with Michael Hurczyn fighting his way up to fourth position, passing Audi RS 3 LMS DSG drivers Christian Cole, Bryan Putt and Stephen Vadja.

Team VGMC Racing worked hard to get Victor González onto the grid after his crash with James Walker yesterday. But the Honda Civic Type-R FK8 TCR driver was only able to complete a couple of laps before pitting to retire with technical issues.

Walker was not able to start the race due to extensive damage to his Alfa Romeo Giulietta TCR.

Hurczyn claimed the title yesterday and finished the season on 273 points with Vincent second on 239 points and Walker third on 169 points.