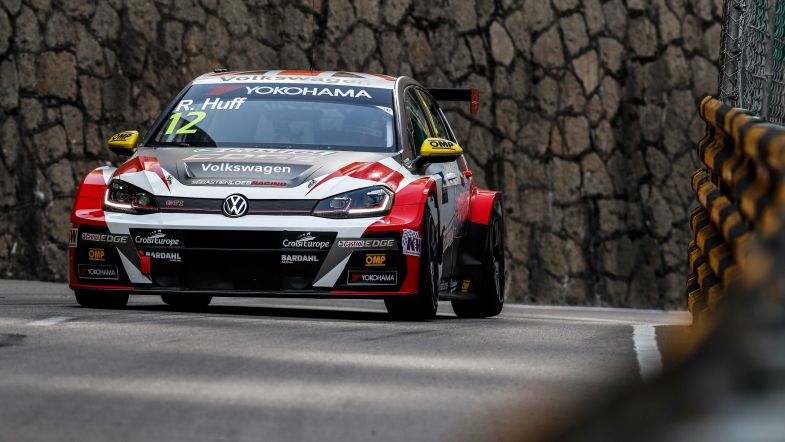 Rob Huff to the fore in Free Practice 2

Nine-time Macau race winner Rob Huff proved a familiar sight at the top of the timesheets in second practice for this weekend’s World Touring Car Cup event in the Chinese Special Administrative Region.

After Norbert Michelisz topped the first session this morning, Nicky Catsburg was the leading Hyundai this time around in seventh place, a mere 0.01s ahead of Tiago Monteiro who gave Honda some hope amid an otherwise difficult day for the Japanese marque.

Apart from Monteiro’s top eight effort, the rest of the Honda contingent was left struggling near the bottom of the timesheets, with championship leader Esteban Guerrieri again languishing outside the top 20 in 22nd place. Guerrieri wound up a hefty 2.6 seconds adrift of pace-setter Huff, but a tenth ahead of reigning champion Gabriele Tarquini who managed to get out in time following his FP1 crash.

Wild card driver Jim Ka To suffered a blow to his podium ambitions by crashing out early in the session and bringing out the red flags.

Fellow wild card runner Kwai Wah Wong was another to hit trouble, his Son Veng Racing Team Volkswagen Golf GTI TCR coming to a halt on the run down to Lisboa. Wong was able to continue, but later stopped again – this time at Maternity – at the end of the session.

Macau local Billy Lo then brought practice to a slightly premature end by spinning into the barriers at Fisherman’s Bend in the closing stages.