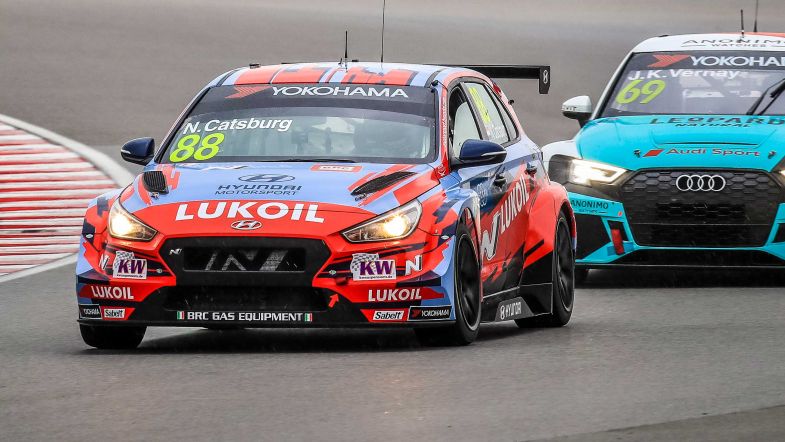 Nicky Catsburg will not be allowed to start the final race of the World Touring Car Cup season after becoming the first driver ever to pick up a WTCR race ban.

Catsburg careered into the side of a furious Yvan Muller in the second race of the Sepang season-finale, triggering an outburst from the Lynk & Co driver.

The stewards, having since reviewed the incident, have decided to exclude Catsburg from Race 3 in Malaysia, putting the Hyundai man on the sidelines for the season-finale.

The stewards’ decision read: “Car 88 caused a collision with car 100 at Turn 9, causing Safety Car deployment and then Race suspension.”