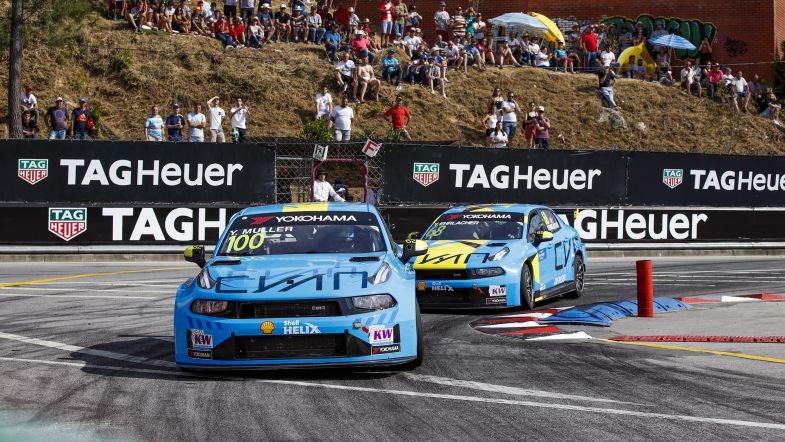 Lynk & Co Cyan Racing has confirmed that it will once again field a four-car programme in the World Touring Car Cup for the 2020 season.

The quartet would secure eight wins across the season and a combined tally of 21 podiums, with Muller taking third in the championship standings and the Cyan Racing Lynk & Co team wrapping up the teams’ championship.

Seeking to defend the championship it won last year, Lynk & Co Cyan Racing will once again field four cars under the same two teams for 2020, although the driver line-up for the programme has still to be confirmed.

“Our goal is clear, we want to continue challenging for the top this season, which we expect to be even tougher than last year,” Christian Dahl, CEO and founder of Cyan Racing, said.

“The result of last year with a brand-new race car, in a brand-new programme with Lynk & Co, is a true testament to the strong efforts of everyone involved, from Sweden to China.

“We need to consolidate this and continue to move forward as our competitors are not resting. But neither are we, and we have developed our organisation and processes over the winter in order to face the challenges of 2020.”

The addition of the four Lynk & Co cars means nine cars have now been officially announced for the 2020 season, with Münnich taking on all four Honda Civic Type-R TCRs and Comtoyou Racing having confirmed an Audi RS 3 LMS for Tom Coronel.