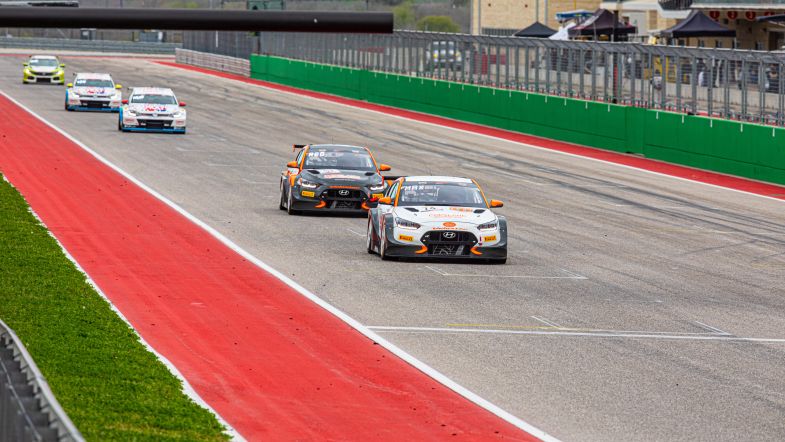 Less than 24 hours after plans were announced to run the event behind closed doors, IndyCar has announced that the Grand Prix of St Petersburg is to be cancelled due to the ongoing outbreak of coronavirus.

The news came after IndyCar cancelled the third round of the year at Long Beach on Thursday, with the rounds in Alabama and at the Circuit of the Americas also being called off as the series looks to deal with the ever-changing nature of the COVID-19 outbreak.

The cancellation of the St Petersburg weekend means that the second round of TC America will now not take place, with a reduced field of just five TCR cars having been due to take to the tricky street circuit after FCP Euro elected to pull its two Volkswagen GTI TCRs from the race.

The announcement came shortly before the field had been due to take to the track for the opening practice session of the weekend, with the next round of the TC America season now due to take place at Lime Rock Park in early May.

“After careful consideration, including regular communication with our event promoters, health officials, and the city administrations in our respective race markets regarding COVID-19, we have made the decision to cancel all NTT INDYCAR Series events through April,” IndyCar’s statement read. “This begins with the Firestone Grand Prix of St. Petersburg which was to begin today and run through Sunday, March 15 and continues through the AutoNation INDYCAR Challenge at Circuit of the Americas in Austin, Texas which was to take place April 24-26.

“Although we are disappointed to delay the start to this INDYCAR season and will miss our incredible fans who support us each year in St. Petersburg, Birmingham, Long Beach, and Austin, the safety of our fans, participants, staff, partners, and media will always remain our top priority. We will continue to coordinate with public health experts and government officials as we determine the appropriate plans for resuming our schedule.”