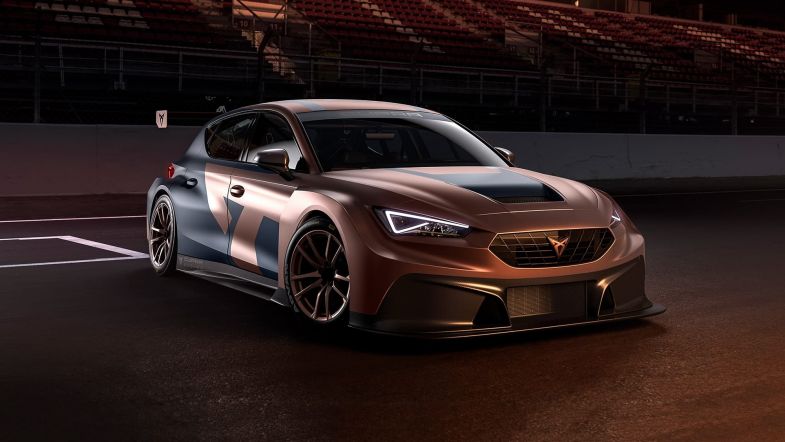 Cupra Racing director Jaime Puig has confirmed that the new Cupra León Competición TCR will be represented on the World Touring Car Cup grid this year, as well as TCR Europe and other national series.

“Both in the case of the WTCR and in the rest of the championships, we will have to wait to know the final schedules to know how many CUPRA León Competición will be on the track,” said Puig.

“But today we can say that we have confirmed the presence of teams with our new model in the main championships, such as WTCR, TCR Europe, TCR Scandinavia, TCR Italy, TCR Germany, VLN or 24 Hours Series.”

Cupra has not disclosed details on which teams could run the new car in the WTCR. PWR Racing is yet to confirm their international plans and Comtoyou Racing has switched to Audis for 2020.

The Spanish manufacturer has received more than 30 requests of pre-booking by customers for the new model following the order book opening in December.

“Since the online pre-booking process was launched in December – the first for a racing touring car – we have received more than 30 requests,” said Puig.

Cupra has been heavily affected by the Covid-19 pandemic that hit Spain hard.

“They have been very strange times for everyone and we have had to work in a very different way at CUPRA,” said Puig.

“We usually meet face to face with our customers at the circuits, but now we have not been able to do any of that, simply because we have been confined and physical contact has been prohibited. Despite this, we have continued to serve our customers and the communication with them, via email or telephone, has not been interrupted at any time.”

While there is no championship currently running, Puig says Cupra is ready to support customer teams remotely, if needed.

“We are prepared to face any type of situation, from having to race again in a matter of weeks to having to wait for 2021. When we return, we must be sure that we start not to stop, because otherwise we will have taken a step forward followed by two back,” said Puig.