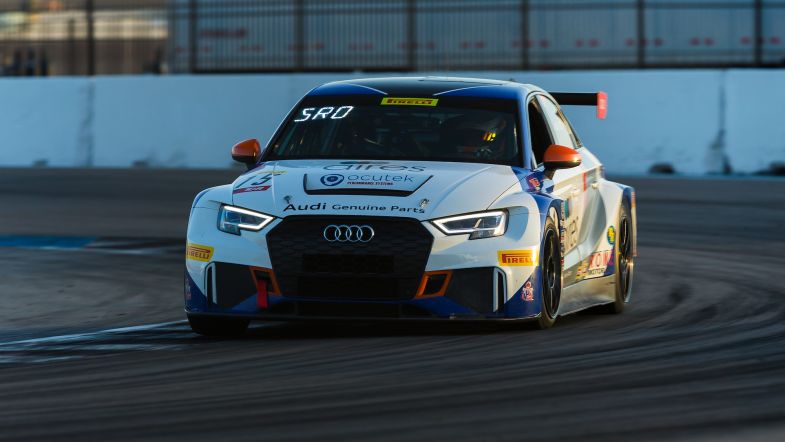 A ten car TCR field looks set to do battle when the TC America series returns to action next weekend at Virginia International Raceway.

The series will host three races at VIR as the season resumes following an extended break as a result of the COVID-19 pandemic, with Copeland Motorsports driver Tyler Maxson looking to build on a double win at the Circuit of the Americas during the opening round of the campaign.

Maxson will be joined for the weekend by IMSA racer Alex Papadopulos, with the main competition expected to come from Honda driver Victor Gonzalez Jr, who will be keen to bounce back from a tough start to the campaign in his VGMC Racing-run Civic Type R.

Fellow Honda driver Scott Smithson sits level with Gonzalez in the points, and will once again be joined by CJ Moses in the DXDT Racing line-up, with Olivia Askew joining the pair in a third car.

Roy Block’s Alfa Romeo Giulietta also returns after a difficult season-opener at COTA, although the two FCP Euro Volkswagens will be missing, with the team having announced it would miss the next two rounds of the season.

The TCR field will be boosted however by the return of three cars in the DSG category, with changes to the Balance of Performance in the series allowing DSG-spec cars to fight for overall victories.

Audi Sport North America Customer Racing Manager Tristen Herbert will be at the wheel of an Audi RS3 LMS DSG run by the New German Performance team, with Vinnie Lima in a similar car run by VVL Systems & Consulting. Luke Rumberg rounds out the field in a VW Golf GTI DSG run by Rumcastle Racing.

“This has been a nine-month long project between WSC, SRO, and Audi Customer Racing,” TC America Class Manager Jim Jordan said. “The hard work behind the scenes between the three organisations has paid off with competitive BoP between the DSG and Sequential TCR challengers and we are extremely excited to show it off at VIR!”