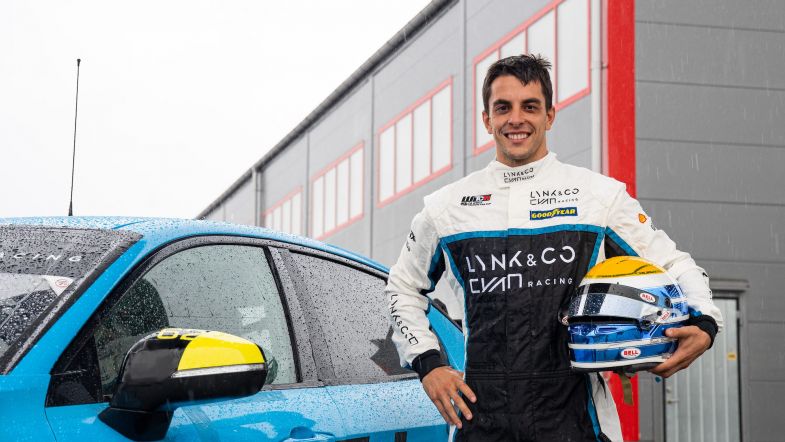 Santiago Urrutia will make the step up to the FIA World Touring Car Cup for the 2020 season after being named as the final part of the four-car Lynk & Co Cyan Racing line-up.

The Uruguayan racer, who finished third in TCR Europe last year, will take the place vacated by Andy Priaulx after the Briton’s decision to stand down from his role to focus on the career of his son Seb.

Urritia will act as team-mate to Thed Björk on the Cyan Performance Lynk & Co side of the garage having impressed the team during testing at Anderstorp earlier in the summer, where the 23-year-old was one of four drivers given the chance to sample the Lynk & Co 03 TCR.

“I’m super happy to join Cyan Racing,” he said, “and it’s very emotional for me and for my whole country as I’m first to become professional racing driver in Uruguay.

“I’m obviously young and I want to race in the WTCR with Cyan Racing for many, many years. I am really grateful to have got this opportunity and trust from the team, and I will give all to live up to the expectations.

“It’s not going to be easy, but that is why I love racing. I have done a lot of preparations in the simulator and we are going to test on some of the circuits from the calendar, so I feel confident for the season.”

Fredrik Wahlén, managing director of Cyan Racing, said he was confident that Urrutia would prove to be a strong part of the Lynk & Co line-up during the year ahead.

“We decided to go with Santiago as he showed strong potential during the test,” he said. “He got along really well with the team and he was fast in the car straight away.”

Urrutia’s WTCR debut will come on September 12-13 at the Salzburgring when the delayed season gets underway.