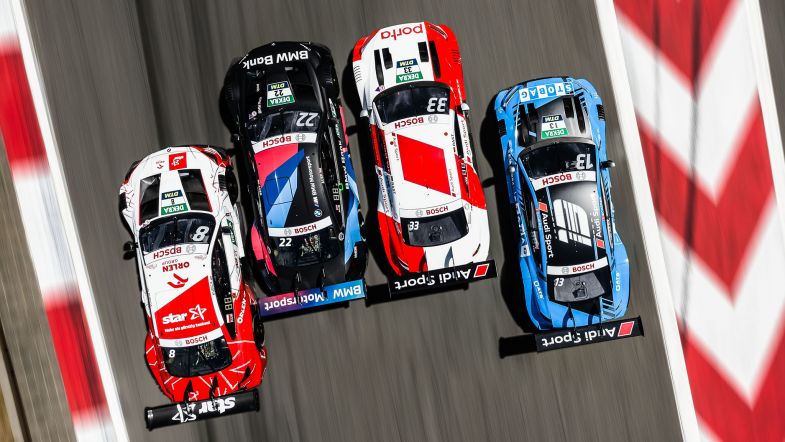 Preview: Spa kicks off a compact and critical season

The DTM kicks off its most compact season ever this weekend at Spa-Francorchamps, with a nine-double header calendar spanning just 100 days.

Audi Sport’s René Rast will try to defend the drivers’ crown in the last season in the series for the Ingolstadt-based manufacturers, with just 16 entries in the toughest season for the series since its rebirth back in 2000.

The off-season has not been easy for the series’ umbrella organisation ITR and its chairman Gerhard Berger.

First, R-Motorsport, who had heralded Aston Martin’s arrival in the DTM just one year before, withdrew from the series.

This move left the DTM with just two manufacturers, Audi and BMW, involved, as Berger was unable to secure the arrival of any new brands nor any Japanese cars, as the Japanese Super GT races under Class 1 regulations from this year.

Secondly, the COVID-19 pandemic hit, forcing ITR to no less than three calendar changes, having to ditch the long awaited first event for the DTM at Monza (Italy), and also international races at Anderstorp (Sweden) and the newly-built Igora Drive (Russia). To make matters worse, the council of the city of Nüremberg denied permission for the races at the iconic Norisring, then set to be the season opener in mid-July. 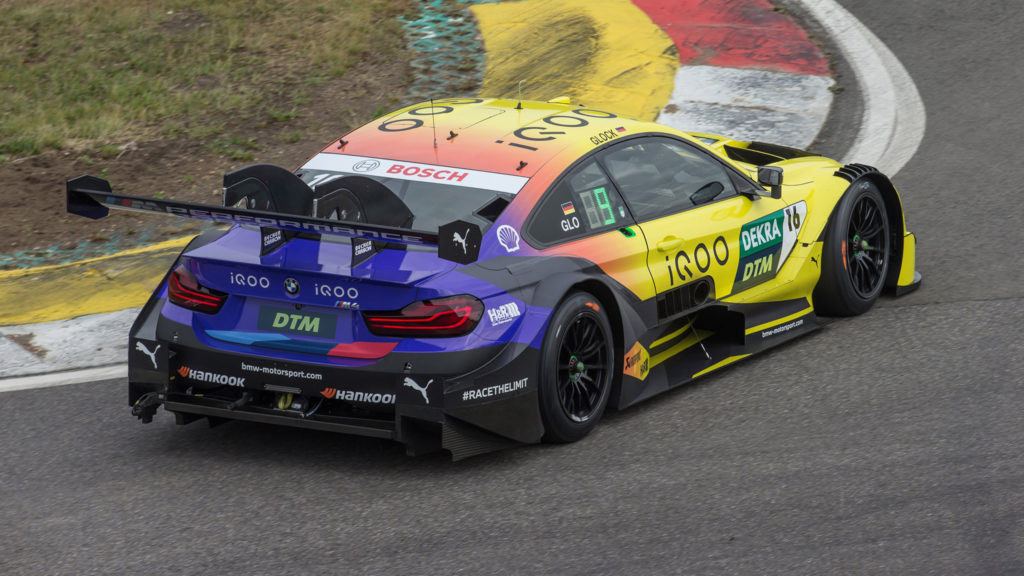 The calendar has consequently been reduced to nine events across three countries, with Hockenheim again hosting the season finale in November.

The last, and by no means the least blow to the DTM was the announcement of Audi Sport’s withdrawal from the series at the end of the year as part of the Volkswagen Group’s strategy to steer away from internal combustion engine (ICE) competitions and instead focus on electric and alternative energies.

With the pandemic forcing companies to review their targets constantly in view of an uncertain future, it could be that the 2020 DTM season will be the second and last for cars built under the Class 1 rules, with Berger now evaluating several alternatives, including GT3.

Spa a favourite among the pack

The season starts at the Belgian circuit of Spa-Francorchamps, where the DTM last raced back in 2005. Audi’s Jamie Green is the only driver on the grid to have competed at the iconic Belgian track in the DTM, with his rivals having different experiences at the track, mostly in GTs and junior formulas.

“I’ve driven the 24-hour race at Spa three times so far and qualified for the Top 20 Super Pole each time,” said the Briton, who will be starting his 16th season in the series this weekend.

The driver to beat is reigning and twice champion Rast. The German driver, who completed only his third full season in the DTM last year, dominated the season in 2019, securing his second crown in the antepenultimate round of the season at the Nürburgring. Rast, who will be juggling his DTM season with his debut in Formula-E with Audi Sport, has also won the prestigious Spa 24 Hours twice. 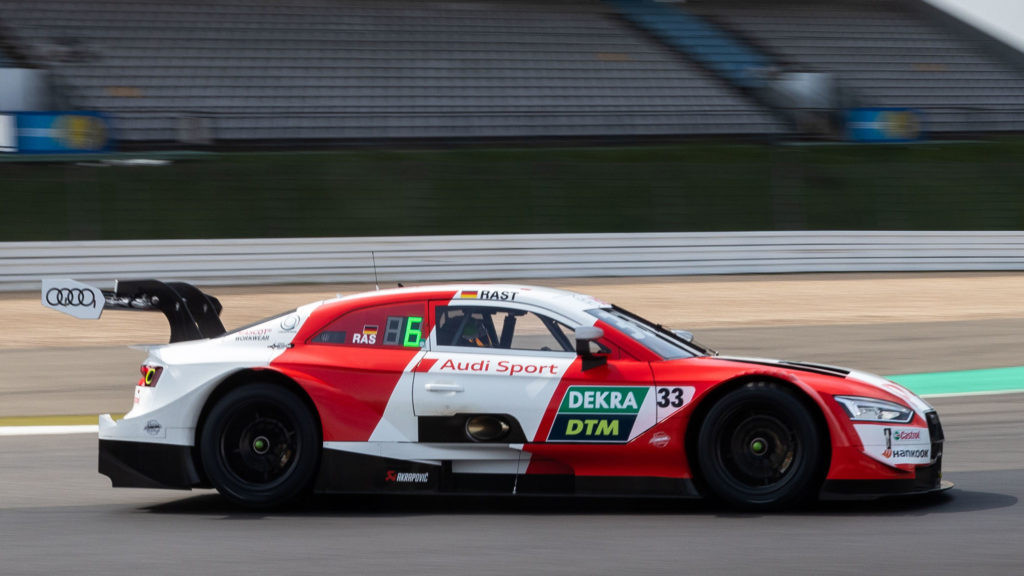 “In 2014, I was able to win the race by overtaking the leader 15 minutes before the end and I was completely dehydrated at the finish,” said the defending DTM champion. “The anticipation that the DTM will finally get underway is huge, even more at Spa, one of my favorite race tracks. It’s a really challenging circuit with corners where you need to be brave, especially in qualifying. It’s going to be a cool event.”

BMW Motorsport has been working hard at resolving the balance issues that weighed the Bavarian manufacturer down last year, and starts the season with a renewed impulse to fight for the title.

“We have prepared as well as possible for the new season, given the options that have been available to us in recent months,” said BMW’s Motorsport director Jens Marquardt. “We have made further improvements to the BMW M4 DTM, in order to convert its potential into good race results.” 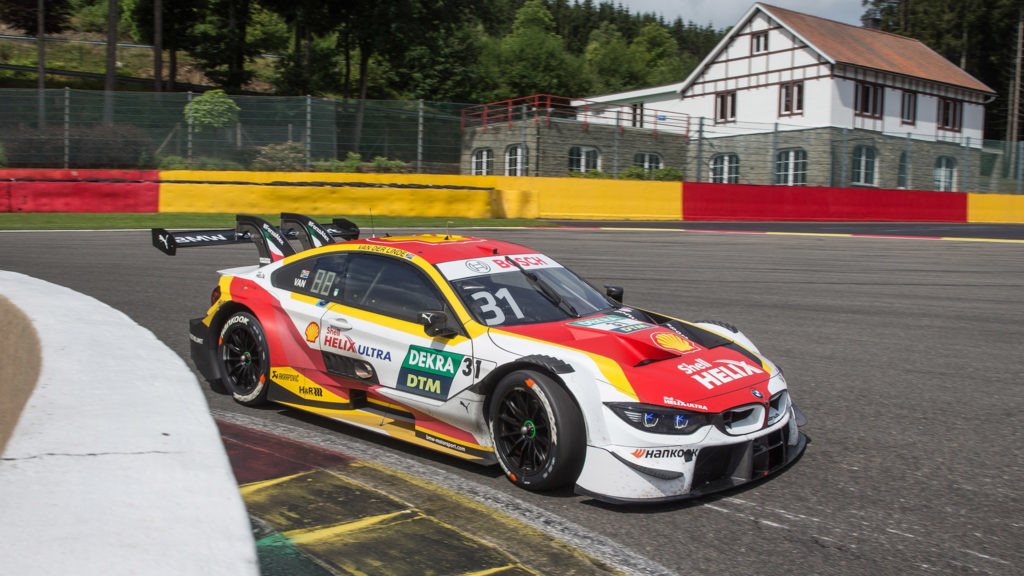 Team RMG’s Marco Wittmann is also looking forward to racing at Spa, although the 30-year-old will be missing the fans’ support on the track.

“I am looking forward to it, although I am obviously a bit sad that we will not have any fans there to support us,” said the 2012 and 2014 champion. “I hope that many of them will be watching on television and will have their fingers crossed for us. I will try to put on a really good show for the viewers and am hoping for a successful start to the season at Spa.”

New arrivals and a welcome back

The Ingolstadt-based manufacturer’s customer team WRT presents two newcomers to the series with Switzerland’s Fabio Scherer and Great Britain’s Harrison Newey, replacing initially announced Ed Jones, who had to forego the opportunity to drive in the DTM due to the travel restrictions in his home country of Dubai.

WRT also added a third car for R-Motorsport’s refugee Ferdinand Habsburg, with the Austrian being the fastest driver in the official pre-season tests at the Nürburgring. BMW Motorsport has also some novelties in their driver line up, terminating the involvement of 2012 champion Bruno Spengler and Sweden’s Joel Eriksson in the series to welcome DTM returnee Lucas Auer and former WRT driver, and last season’s rookie of the year, Jonathan Aberdein.