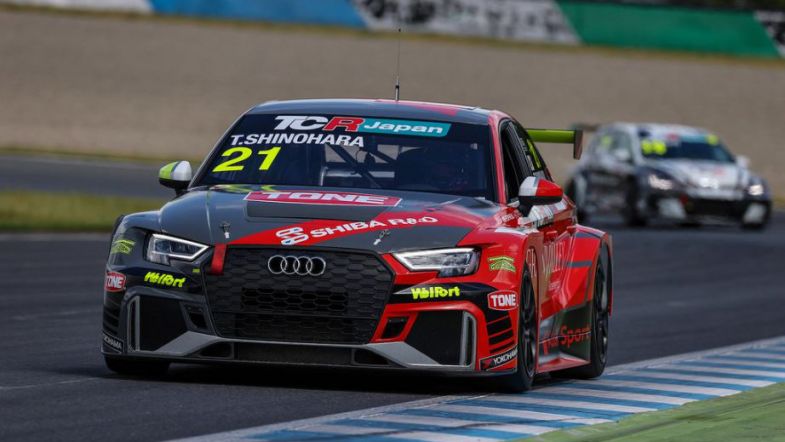 Takuro Shinohara takes his second victory of the year at Motegi

Takuro Shinohara of Audi Team Hitotsuyama claimed a lights-to-flag victory in Race 1 at Motegi, host of the second TCR Japan series round.

Shinohara had claimed the pole position for Race 1, with Takeshi Matsumoto of Team Wakayama alongside on the front row.

Shinohara took the lead at the start of the race, but Matsumoto briefly got side-by-side on the inside of Turn 1. Rio Shimono, driving a Honda Civic Type-R TCR, settled in third.

Shioya continued his way forward, attacking Hirobon and overtook him for fourth place on lap five.

In the closing stages of the race, Shimono closed the gap to Matsumoto, but it wasn’t enough to threaten the Team Wakayama driver.

At the chequered flag, Shinohara took his second victory of the year, with Matsumoto and Shimono close behind in second and third.