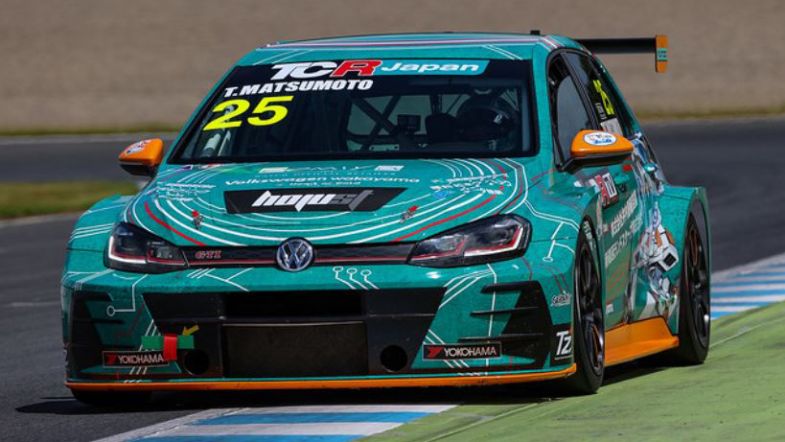 Team Wakayama driver Takeshi Matsumoto fought hard to withstand the attacks from Takuro Shinohara to take his first victory of the year in the second TCR Japan series race at Motegi.

Matsumoto had taken the pole position for today’s race, with Saturday winner Shinohara completing the front row of the grid.

Matsumoto defended the inside to keep first position as the lights went to green ahead of Shinohara and Honda driver Rio Shimono.

BRP driver Kenji Suzuki went off the track and got stuck on the gravel trap with three minutes left of the race. The marshals was able to recover his Audi RS 3 LMS without the intervention of a safety car.

Matsumoto made a mistake at Turn 1 on the last lap, with Shinohara momentarily getting ahead. The Audi driver went over the grass trying to get past, but Matsumoto was able to regain lead.

Matsumoto took his first victory of the year as the chequered flag fell, followed by Shinohara and Shimono.

The next round of the TCR Japan Series takes place at Okayama on September 26-27.