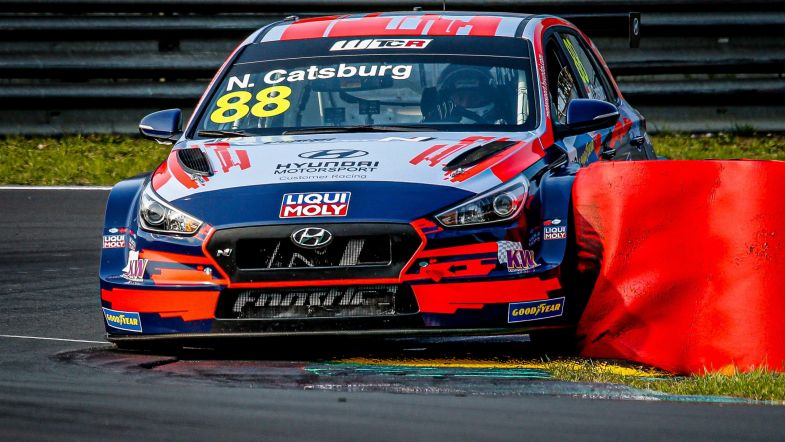 Engstler Hyundai’s Nicky Catsburg has become the first WTCR driver of 2020 to incur a penalty, attracting the stewards’ attention for failing to slow under yellow flags at the Zolder season-opener.

Catsburg was deemed to have not slowed down whilst yellow flags were flown at the end of free practice two, netting the Dutchman a five-place grid penalty for the first race of the season.

Catsburg had originally qualified 14th, but is now demoted to 19th to further compound Hyundai’s misery at the season-opening event so far.

Reigning champion Norbert Michelisz was the brand’s lead qualifier in 12th place, and Catsburg hinted at new Balance of Performance metrics as part of the reason for Hyundai’s visible struggles.

“I think with a bit of luck we could have been in Q2, but it seems like the top ten was impossible,” said Catsburg after qualifying. “I didn’t expect much more after seeing our pace in practice and testing yesterday. We seem to be off the pace a little bit, which is understandable looking at some of the changes they have made to the BoP. But I have all the trust in the world that they will make changes.

“We have to go to our HQ and try to improve on ourselves, improve the car. Unfortunately I picked up the grid penalty for Race 1 which means I will pretty much start last. So, not a great start to the season, but let’s see what the races will bring.”