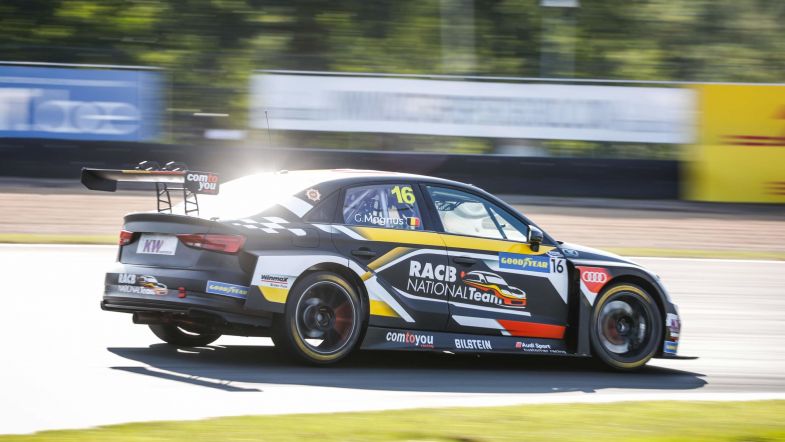 Gilles Magnus has clarified that a fuel pump issue was to blame for his sudden late-race drop out of the podium places at his home WTCR event at Zolder.

Magnus was on impressive form throughout his inaugural weekend in the World Touring Car Cup, leading the way in practice and only narrowly missing out on pole in qualifying.

The Comtoyou Racing driver was then on course for an emotional on-debut podium at his home track on Sunday afternoon, sitting P2 as the second and final race of the weekend drew to a close.

Magnus has now revealed that a fuel pump issue was at the root of his problems, however, something that also hampered the 21-year-old’s Audi RS 3 LMS in the preceding Race 1 earlier in the day.

“I was hoping for that podium at my home race, but it wasn’t the case,” said Magnus in the post-race interviews. “I had a fuel pump issue, I had it already in Race 1, and the reparation time is not enough [to fix it for Race 2]. It’s something we don’t see often, something new on our car, just bad luck.”

The race ended under the safety car following a clash between Attila Tassi and Jack Young, and Magnus said that was his saving grace.

“I was a little scared for Race 2 and we did start to lose power in the first sector [towards the end]. I was lucky with the safety car; without that I would probably not have finished at all, or finished outside the top ten.

“It can happen to anyone. The team have proven their worth and they did a fantastic job, so no blame on Comtoyou at all.

“I think I should be happy; P3 in qualy, P4 in the race but we should have finished P2. I am happy.”