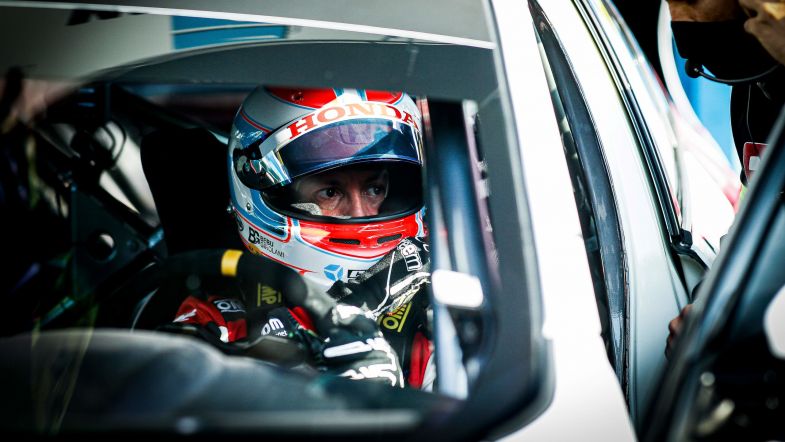 Néstor Girolami has dedicated his victory in the World Touring Car Cup season-opener to his wife and their new baby girl, Isabella.

Girolami scored a convincing lights-to-flag win in the first race of the season at Zolder, snatching an early championship lead in the process aboard his Münnich Motorsport-run Honda Civic Type R TCR.

The Argentinian – who finished seventh in the standings last season – was quick to direct the attention away from himself in the post-race interviews, instead opting to pinpoint his team and family after becoming a father for the first time in January of this year.

“Congratulations to everyone in the team, they did a fantastic job in the long wait for this season to begin,” said Girolami after scoring his fourth WTCR win. “To get a victory now is a good present for the mechanics. I’d like to dedicate this to my little baby and my wife.”

Girolami races with a new helmet design this season, carrying the name “Isabella” in reference to his new child.