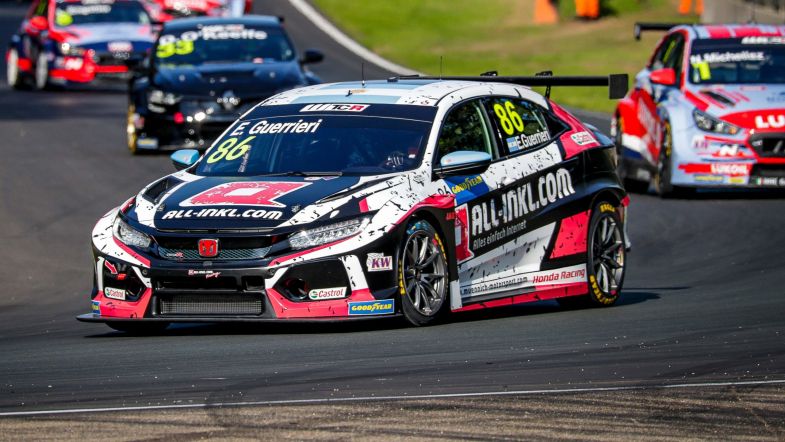 Münnich Motorsport is currently battling against time as they attempt to change the two engines that blew up in spectacular fashion for drivers Esteban Guerrieri and Tiago Monteiro in Race 1 of the WTCR season-opener at Zolder.

With the second and final race coming up in just an hour’s time, at 14.15 CEST, the Honda team is working frenetically to bring the two cars back out on track in time.

WTCR cars are normally in parc fermé conditions between races, but Münnich Motorsport have requested a neutralization of those rules in order to carry out the work required.

The stewards have decided to allow the neutralization request, according to article 48.4 of the FIA WTCR sporting regulations, which means both Guerrieri and Monteiro will be allowed to start Race 2 if they can make it on time.

They will, however, be required to start at the back of the grid in 21st (Guerrieri) and 22nd (Monteiro) respectively.

In a statement sent directly to TouringCarTimes, team manager Dominik Greiner – whose other two cars of Néstor Girolami and Attila Tassi finished first and third in Race 1 – said:

“For the moment we are happy for Néstor, it was great, and for Attila as well. But for sure we are not happy with what happened with Tiago and Esteban.

“We are currently looking into both cases, so we are checking all the data, but for the moment the first priority is to put both cars back on the grid. So our full attention for now is on preparing the cars.

“At the moment we’re changing both engines, both turbos, and we’ll look further into the details at the workshop. Flat-out in preparation for race two, and then in time we will have a deeper investigation into what happened in race one.”