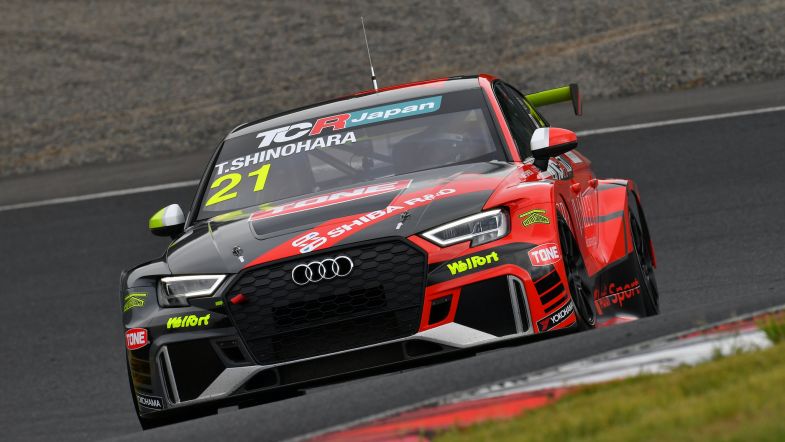 The Hitotsuyama Racing started second but managed to overtake Takeshi Matsumoto as the lights went to green.

The Audi RS 3 LMS driver then went on to win the race by three seconds over Matsumoto.

There was a two-car fight for third place between Cupra driver Hirobon and Ryo Shimono of Drago Racing.

Shimono held third for the first four laps before Hirobon was able to get past and secure the final podium spot.

The contact resulted in Okura retiring in the gravel trap while Umemoto could continue to finish fifth.

Kenji Suzuki finished sixth for BRP and Mototino seventh and last of the classified cars.

The second race of the weekend at Okayama starts at 13:35 local time tomorrow.