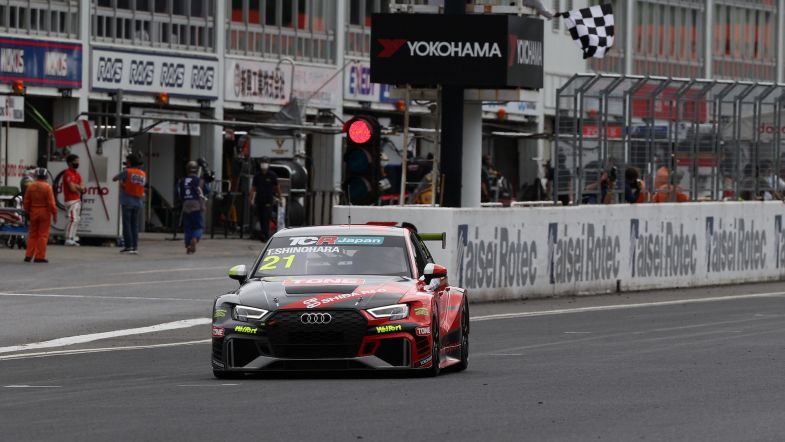 Takuro Shinohara won his second TCR Japan series race in two days, winning the second race of the weekend at Okayama by close to six seconds ahead of Takeshi Matsumoto.

Just as yesterday, Hitotsuyama Racing driver Shinohara started from second place and managed to out drag Volkswagen driver Matsumoto into the first corner.

The Audi RS 3 LMS driver was then unstoppable and controlled the race for the 14 laps.

Ryo Shimono and Hirobon continued their fight of yesterday for the final podium position, this time with Shimono coming out on top to finish third.

The two had a close battle throughout the race and it was not until the last lap that Shimono managed to get past with some contact to secure the final podium spot.

Matsumoto heads the Sunday series standings on 53 points while Shinohara is second on 51 points.

The next TCR Japan race weekend takes place at Autopolis on November 14-15.