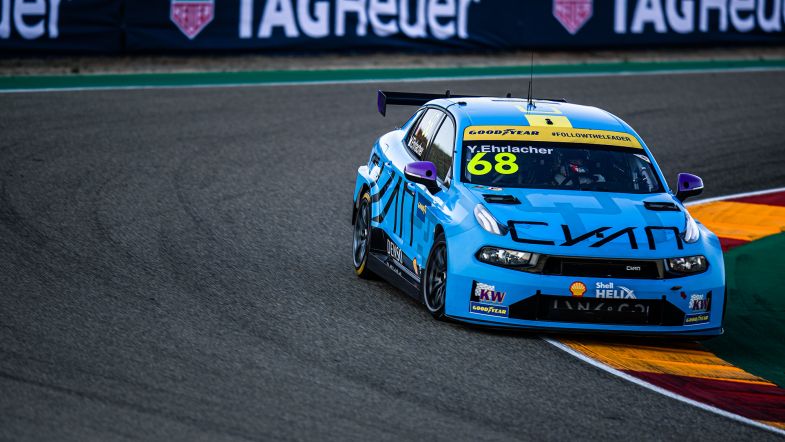 Yann Ehrlacher had a massive blow to his title hopes in qualifying for the penultimate World Touring Car Cup round at MotorLand Aragón. The Frenchman will start from the back of the grid in all three races.

“I exceeded the track limits in Turn 3 apparently during Q1. I’m sure I didn’t, but the lap wasn’t enough for Q2 anyway,” said Ehrlacher.

“After that I got a big vibration and that cost me some speed out of the corners. I’m super disappointed, especially as my team-mates were in Q2 and Q3. It will be tough tomorrow.”

“I’m lucky Guerrieri is with me, I think it will be between the two of us in the title fight,” said Ehrlacher.

“I had the opportunity to score really good points and make a break in the championship. Now I’ve got everything to redo. It will be tough tomorrow.”

Ehrlacher will start last for the first race of the weekend as the team was forced to change engine on his Lynk & Co 03 TCR.