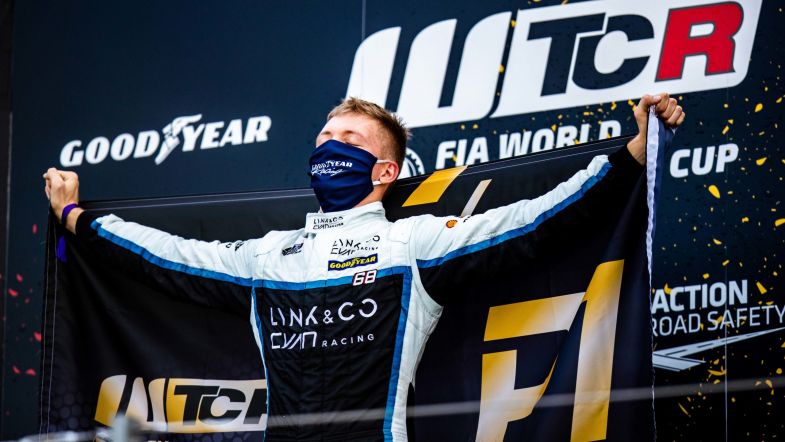 At 24 years of age, Ehrlacher became the youngest-ever driver to win the world touring car title on Sunday afternoon, coming home sixth in Race 2 of the triple-header finale to seal the deal.

The Frenchman, now in his fourth season at the top of international touring car racing, was visibly moved by the occasion as he celebrated with his Cyan Racing Lynk & Co squad – which simultaneously won the teams’ cup.

“It’s just insane,” said Ehrlacher in tears. “The best day of my life. I can’t believe what just happened. I don’t feel anything any more… I’m so proud of the work of everyone. I have dreamed of this every morning. I’m just so happy.”

While Ehrlacher took the title in P6, the race itself was won by his own uncle Yvan Muller, who has masterminded Ehrlacher’s rise to stardom and forms part of the same Cyan Racing driver line-up.

Muller, 27 years Ehrlacher’s senior, was overjoyed with his nephew’s finest moment in the sport to date.

“This was the best race of the season, not because I won but because Yann finished P6 and that was enough to be world champion,” Muller said. “So we won the drivers’ championship and we won the teams’ championship. It’s fantastic.

“To be champion with my nephew… We have 25 years difference, and we are in the same team and we are team champions together. It was far away from my thoughts when I had him on my shoulder when he was young and I was already a racing driver. But we did that, we achieved that, and I’m very proud of this.”