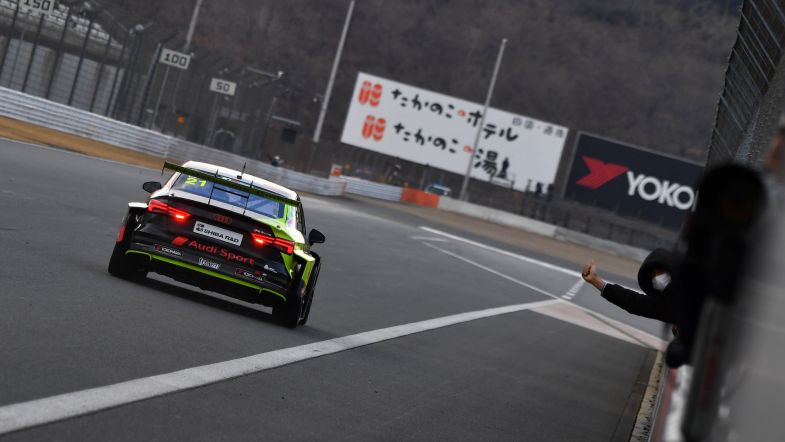 The Audi Team Hitotsuyama driver, who replaces reigning champion Takuro Shinohara for this season, lapped the Japanese circuit in 1:47.883, two tenths ahead of BRP driver Hirobon.

Former Super Formula champion Hiroaki Ishiura made it three different makes in the top three behind the wheel of his Alfa Romeo Giulietta TCR, close to four tenths from the top.

Series returnee Jun Sato rounded off the top six for team Adenau, close to 1.3 seconds from the top time behind the wheel of his Volkswagen Golf GTI TCR.

A total of nine cars took part in the test, with the season starting on April 3-4 at Fuji Speedway.