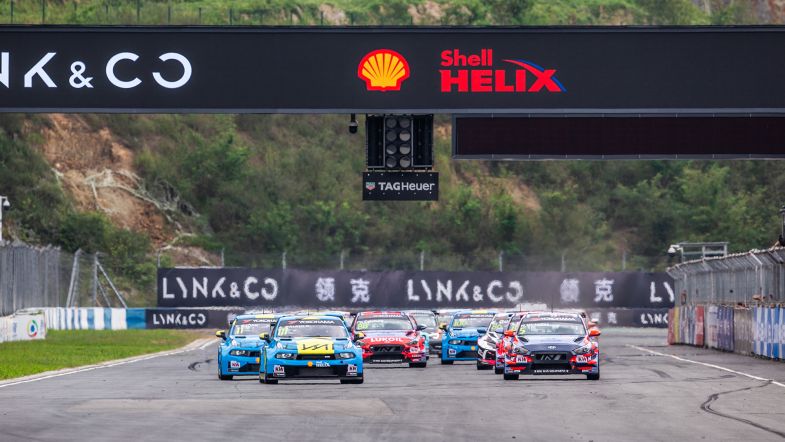 Geely Holding Group – the parent company of Lynk & Co – has announced that it has suspended its support for the World Touring Car Cup event at Ningbo, which is currently slated to take place in November.

Geely was involved in the promotion of the Ningbo event in both 2018 and 2019, but has elected not to remain involved this year as a result of the concerns expressed by Lynk & Co Cyan Racing into the current Balance of Performance in place in the series.

The team has called for a change to the current BoP on the Hyundai Elantra and Honda Civic after the season opener at the Nürburgring, where the title-winning 03 TCR struggled to match other two cars on track.

“It has been made quite clear that there is no point in us being involved in promoting the FIA WTCR races in China commercially as a result of the current sporting conditions of the series,” Victor Yang, Vice President of the Zhejiang Geely Holding Group, said.

“We have no confidence left in the TCR/WTCR organisations and we are suspending the co-operation and support to Eurosport Events and the local Ningbo race host Mitime Group regarding the Chinese WTCR round at the Ningbo circuit.

“This race is a key event for us to connect the racing programmes of the Lynk & Co 03 and the performance road car versions of it. But when the racing cars are not on a level playing field, there is no point in us investing commercially in the WTCR race weekend only to subject our customers, fans and brand to agony on our largest home market.”

The loss of Geely support for the promotion of the race will not prevent the event from taking place, although question marks remain over whether or not the races in China will run as a result of the ongoing travel issues being created by COVID-19.

Should the event take place as planned, then the Cyan Racing Lynk & Co team will still feature on the grid.