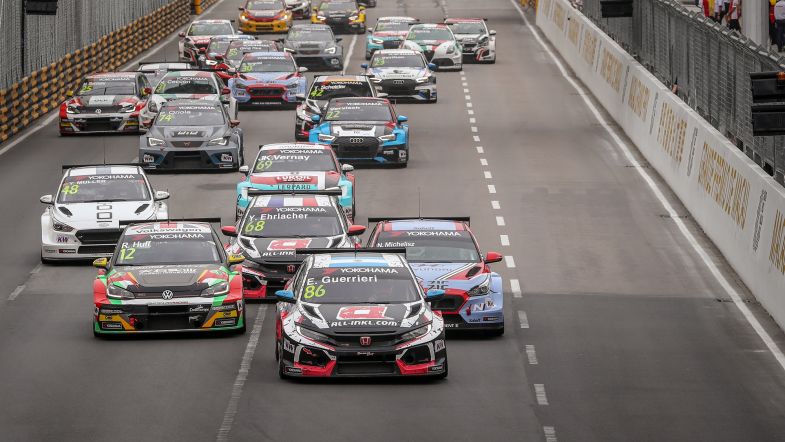 Organisers of the World Touring Car Cup have targeted a return to Asia next year after confirming a ten date calendar for the 2022 season, which also includes an appearance at the Grand Prix de Pau.

The ongoing issues around COVID-19 have led to WTCR being run solely in Europe for the last two years, but flyaway events in South Korea, China and then on the streets of Macau are all planned for 2022 subject to travel restrictions and quarantine arrangements.

The season is scheduled to kick off in April at Most in the Czech Republic before a new addition to the calendar in the shape of the famous street circuit in Pau, which will be making its WTCR debut – a move reported by TouringCarTimes last month.

The Nürburgring plays host to round three on the fearsome Nordschleife before heading to the Hungaroring, with the season reaching the half-way stage at MotorLand Aragón in late June.

The Vila Real street circuit in Portugal returns in early July to host round six, with Sochi – scene of this weekend’s season finale – rounding out the European leg of the campaign.

After a break to allow cars to be transported to Asia, the Inje Speedium circuit in Korea will kick off the Asian leg of the campaign, with Ningbo International Speedpark and Macau then rounding out the ten round, 20 race season.

“It was always the intention increase the number of events following the reduced calendar of the last two seasons, a direct result of the global health pandemic,” François Ribeiro, Head of Discovery Sports Events, said. “We are therefore very pleased we have been able to achieve this target by working in partnership with the FIA. We also thank our stakeholders and acknowledge their commitment in support of what we hope will be the gradual return to a more normal calendar scenario with races in Europe and Asia.

“Being able to include the Grand Prix de Pau weekend within the WTCR framework for the first time is very exciting and provides an opportunity to race on another iconic street track in a year when we will also make our comeback in Vila Real.

“Once again, every effort is being made to return to China and Macau following our planned first visit to South Korea in the autumn. But, as before, this will only be possible if travel restrictions and quarantine arrangements allow. However, a contingency plan is in place should we have to wait for one more year before returning to this important part of the world.

“That said, the calendar for 2022 presents new challenges and new opportunities and provides more reason for positivity as we step up preparations for the fifth WTCR season.”

A number of changes to the sporting regulations have been approved by the FIA Touring Car Commission and will be confirmed next month following a meeting fo the World Motor Sport Council.