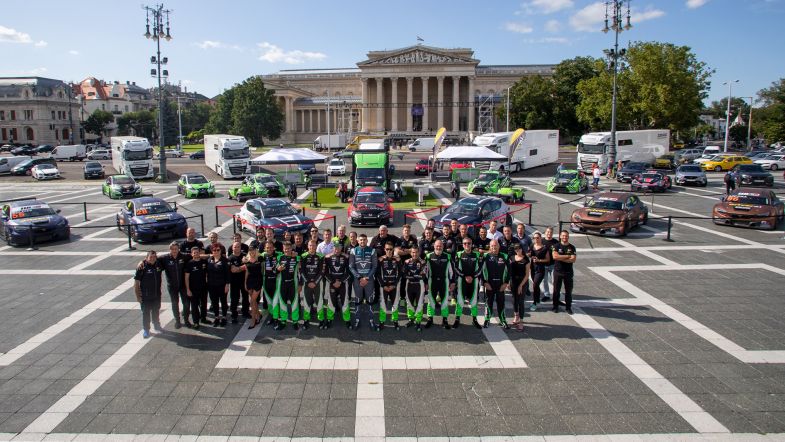 Zengő Motorsport has been in talks with two “non-WTCR manufacturers”

Zengő Motorsport boss Zoltán Zengő says he has been in talks with two manufacturers currently not represented in the WTCR during the winter and that he could field Rob Huff and Johan Kristoffersson in the series this season.

The Hungarian team ran four Cupra León Competición TCRs in the series last year, with Huff amongst the driver line-up.

“I have Johan Kristoffersson and Rob Huff here to get into the car,” said Zengő.

“We could go with them for the championship title, their salary is up to me, as is the entry and the team’s salaries. We would like to have a partner who is willing to put in their part, and wants to fights for victories with us.”

The Hungarian team secured the inaugural PURE ETCR titles last year with Cupra and Mattias Ekström alongside its WTCR programme, where the results were a bit more modest.

But Zengő says that he was deeply disappointed after the successful 2021 season.

“We won the first multi-brand electric touring car championship and we were the first Hungarian team to win in the electric series,” said Zengő. “Even so, there was no-one at home who would say, congratulations guys, we want to help you next year. I’m deeply disappointed.

“It is a mission for me to give Hungarian mechanics and engineers a chance at such a high level, and I do not want to let them go because of this situation. I hope this value will be recognised at home as well. I’m working on that, and when I have time, I’ll cry in the shower.”

András Lantos from Eurosport.hu contributed to this article.