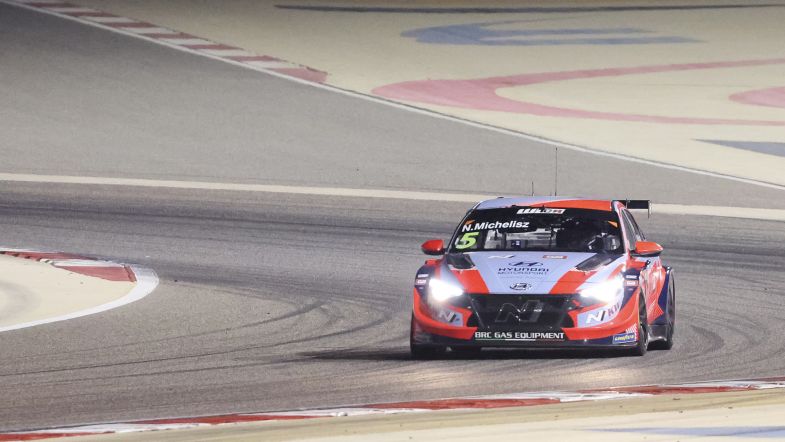 The session was halted once due to debris on track, resuming after a short break.

Néstor Girolami, the only driver who theoretically can beat Azcona to the title, could only manage eleventh, 0.663 seconds from the top time.

Rob Huff, who returns for the season finale, was 13th while WTCR debutant Ahmed Khaled Binkhanen was 15th and last, 2.5 seconds from Michelisz’s time.