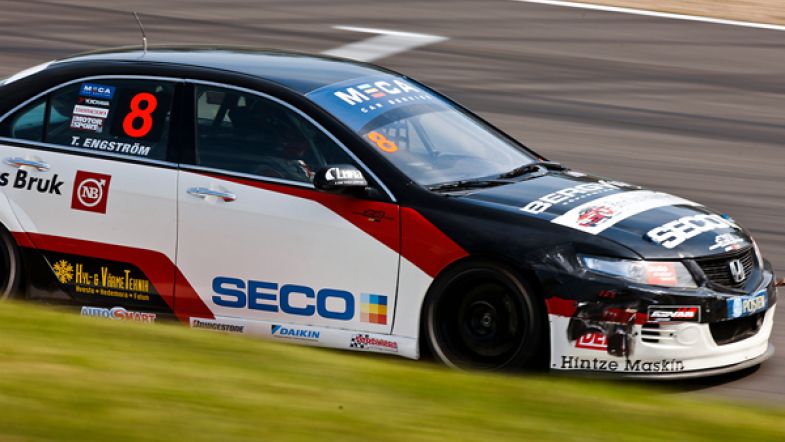 Swedish Honda man Tomas Engström is going to compete alongside James Thompson in Hartmann Racing this year.
“This is very inspiring. We have spoken with Hartmann for several years about doing a program together and now it is reality,” said Engström.

The team is aiming to take the ETCC title and take part in the four races when STCC and DTC race together for the Scandinavian Touring Car Cup.

“For us there is nothing else than to win. We have put the bar very high, but we know that we have got a team with the capacity to win,” said Engström.

The team is going to use the nationally homologated Honda Accord’s of Hartmann Racing, instead of the S2000 Honda Accord of Engström Motorsport.

“The advantage with Hartmann’s cars is that they are developed according to the Danish national regulations. National solutions often means advantages,” said Engström.

Hartmann Racing team boss Hans Hartmann is looking forward to have the Swede in the team.

“We have gotten to know each other during the last years when we have competed in ETCC. We have discussed the opportunity to co-operate and now it has become a reality,” said Hartmann.

Engström Motorsport was recently forced to perform a company reconstruction, forcing them out from a full STCC season for the first time since 1999.