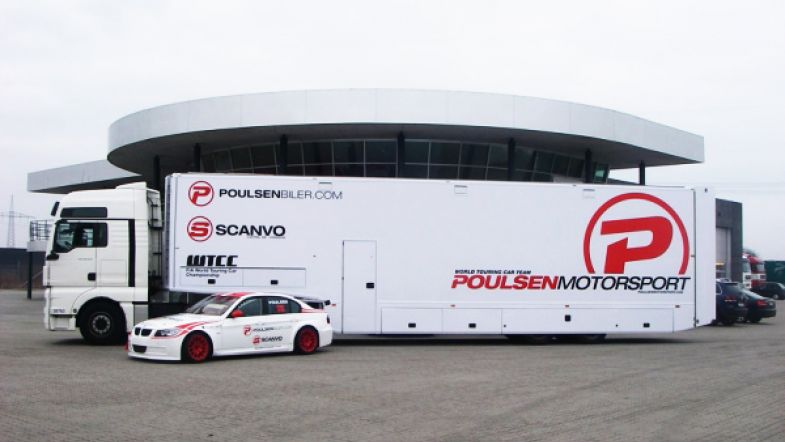 The Danish team Poulsen Motorsport is going to start the season with the FIA European Touring Car Championship next weekend in Portugal.
“The trucks are leaving on Sunday and I am going to take part in the first ETCC race in Braga,” said driver Kristian Poulsen to dtc-net.dk.

Poulsen is aiming to take part in the two remaining ETCC races, but is going to focus on the World Touring Car Championship.

Poulsen is hoping for good results in Portugal but is expecting hard opposition from fellow Danish team Hartmann Racing.

“I think it should go fairly reasonable. James [Thompson] is not going to be easy to follow, but apparently we are not going to get opposition from diesel SEAT’s, and that is an advantage. I hope for top five,” said Poulsen.