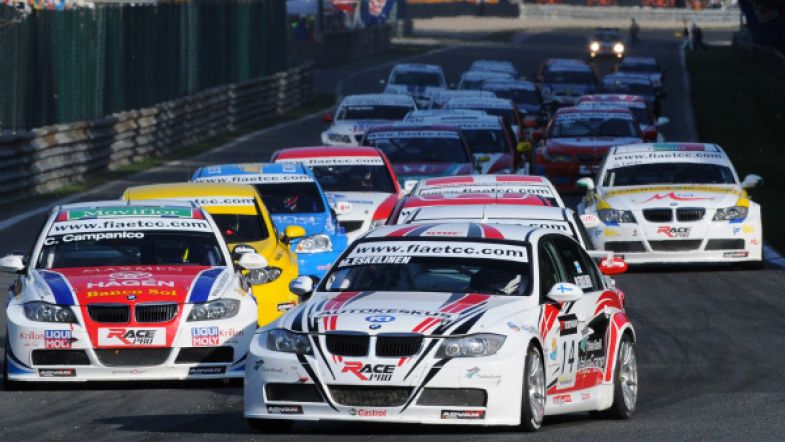 Salzburgring plays host to round two of the ETC Cup

The Austrian circuit will host round two of the European Touring Car Cup this weekend, with series leader James Thompson favourite to extend his lead – though a new threat comes in the form of former champion Michael Nykjaer and his SEAT Leon TDI.

James Thompson currently leads the standings with 16 points, and after a time where it looked as though Thompson wasn’t going to be returning to defend his lead, this was rectified a few weeks ago when it was confirmed the 2009 European Touring Car Cup winner will return with Hartmann Honda Racing for this round.

Thompson’s closest two rivals in the points standings, Cesar Campaniço & Kristian Poulsen, are not competing this weekend, this means it is fellow Honda driver Tomas Engström, with 10 points who is the closest to James in the standings.

The main threat is likely to come from two-time ETC Cup champion and former Danish Touring Car rival Michael Nykjaer, who joins the SUNRED Engineering team, for which the Dane races for in the World Touring Car Championship, taking the place of Timur Sadredinov. It’s not just the driver that’s been changed, it’s the car – as SUNRED initially ran a pair of petrol powered SEAT León’s back at the first round at Braga, this time only Michaël Rossi will race with the TFSI Leon, Nykjaer will race with his diesel powered León, which is likely to mean he’s a significant threat at the weekend’s races.

A number of additional drivers have joined the event, mainly from the ADAC Procar German Touring Car series which is sharing the schedule with the ETC Cup this weekend. Rikli Motorsport are entering two of their Honda Accord Euro-R’s for team boss Peter Rikli & Jörg Schori, whilst Liqui-Moly Team Engstler is entering Russian driver Rustem Teregulov.

Mayer Motorsport will also be present for team principal Oliver Mayer, running the S2000 Audi A4, and Tsunami Racing Team will enter a BMW 320i E46 for Andrii Kruglyk.

Expansions to Hartmann Honda & Borusan Otomotiv Motorsport has already been confirmed, with Wolfgang Treml & Aytaç Biter strengthening the respective team’s line-ups. 15 cars have been entered in the S2000 category, with two cars in Super Production, and three in the Super 1600 category.