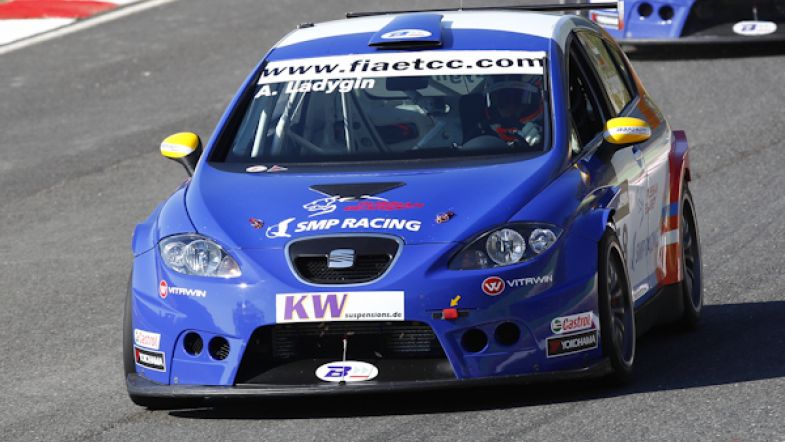 The 23-year-old Russian set a last minute flyer of 1:52.186 in his SEAT León Supercopa, over half a second faster than Fulín’s best time to grap pole position for the fifth round of the 2013 FIA European Touring Car Cup at the Pergusa circuit in Sicily, Italy.

Ladygin was therefore also the fastest Single-Make Trophy class driver, whilst Petr Fulín, who leads the S2000 standings by four points is classed as pole position in his class and will start on the outside of the front row in tomorrow’s first race, which is the rolling start.

Aurélien Comte, in the Galaxy Racing SEAT Supercopa was third fastest, but was unable to improve his time after his car stopped on circuit which was the cause of the red flag interruption two-thirds of the way into the session. Tuenti Racing Team’s Jordi Oriola was in fourth place with a time just over a second down on Ladygin’s.

Campos Racing’s Igor Skuz was fifth fastest and the second fastest of the S2000 class drivers in his SEAT León TFSI, the only one to take part in the session with Wolfgang Treml not taking part this weekend and Dusan Borkovic having made the switch to the Chevrolet Cruze.

Borkovic could only manage ninth overall in his first qualifying session with the Chevrolet, and fourth of the S2000 class runners with the BMW of Mat’o Homola claiming eighth on the grid.

The first race gets underway at 11:20 CET tomorrow.