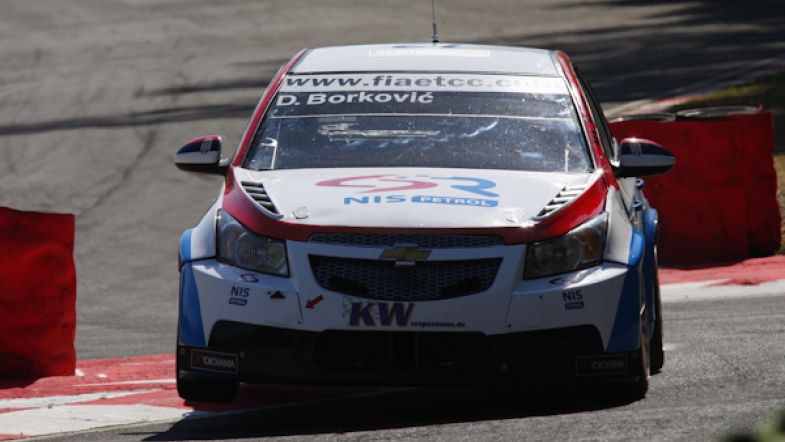 The Chevrolet Cruze of Dušan Borković was fastest of all in the morning warm up at Pergusa ahead of Rounds 7 & 8 of the 2013 FIA European Touring Car Cup.

The Serbian, who got his first running in the Chevrolet yesterday after making the switch from the SEAT León TFSI, was over a second and a half faster in the warm up than he was in qualifying, which gave him ninth position on the grid for today’s first race.

Black and White Racing Team’s Nikolay Karamyshev was second fastest and the first of the Single-Make Trophy contingent, just under three-tenths of a second down on Borković’s time, with S2000 points leader Petr Fulín third fastest in his Krenek Motorsport BMW 320si.

Ukrainian Ksenya Niks was the fastest of the S1600 class in her M-Sport Ford Fiesta 1.6 16V, setting the 17th fastest time, though notably few S1600 runners took part in the session including points leader and reigning champion Kevin Krammes.