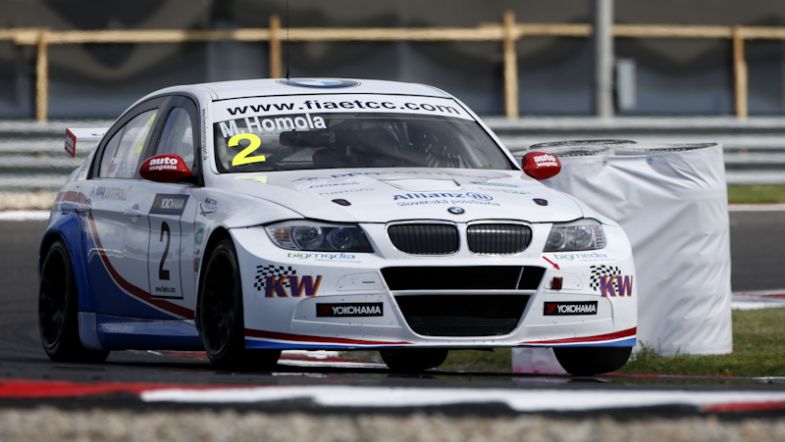 Mat’o Homola is delighted after securing his first pole position in the FIA European Touring Car Cup in front of his home crowd, and hopes to convert it to another home victory tomorrow, though the battle will be tough ahead of the two Campos Chevrolets and the threat of rain on Sunday.

Homola outpaced points leader Nikolay Karamyshev by less than a tenth of a second in his BMW 320 TC, which was repaired after extensive damage was sustained three weeks ago in the first race at Paul Ricard.

“I hoped for pole, as I knew that it would be really difficult to beat the Chevrolets as they are really strong , just as they were in the WTCC,” said Homola to TouringCarTimes. “But without success ballast, because of my crash in Paul Ricard, I knew I could beat them as the Slovakiaring is not very good for front-wheel drive cars, especially over a race distance. I’m quite surprised that I was fastest in qualifying however.”

The rear-wheel drive BMWs don’t favour the wet conditions however, and although all of Saturday’s track action took place in dry conditions, the forecast is different for Sunday.

“I’ve been told it should rain in the afternoon, so it would be really good if the ETCC races are in the dry,” said Homola. “In Paul Ricard, the wet weather was really bad for us, and the front-wheel drive Chevrolets have a big advantage in the rain, so I hope it’s really nice weather, and so the fans can come and support us and Samuel Sladecka, the other local driver.”