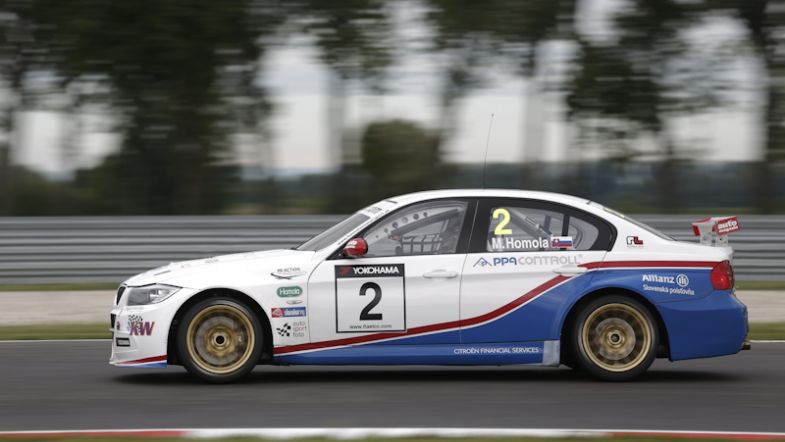 Mat’o Homola has claimed pole position for his home race at the Slovakiaring, outqualifying the favoured Chevrolet Cruzes of Campos Racing, with TC2T points leader Nikolay Karamyshev only qualifying in second position.

Homola pulled out a time of 2:13.436, in his car which was only just repaired after extensive damage last month at Paul Ricard. Homola came under threat during the final ten minutes of qualifying when Campos Racing’s Nikolay Karamyshev set the best first sector in his Chevrolet Cruze 1.6T.

The Russian wasn’t able to maintain the performance over the lap however, and was just 34 thousandths slower than Homola at the end of the session, with Campos team-mate Igor Skuz setting a late improvement to go third in his turbo Chevrolet Cruze.

Norbert Kiss carried on his strong showing from Free Practice, where the Hungarian had set the fastest overall time in his Alfa Romeo 156. Kiss was fourth fastest, 1.1 seconds down on Homola and claimed the pole position in the TC2 class for normally aspirated S2000 cars, half a second ahead of last year’s champion Petr Fulín.

In the Single-Make Trophy class, German driver Andreas Pfister claimed the class pole, with the León Supercopas struggling against the S2000 at the Slovakiaring circuit. Pfister was 12th overall, while Ulrike Krafft again claimed the Super 1600 class pole with the 23rd fastest time.