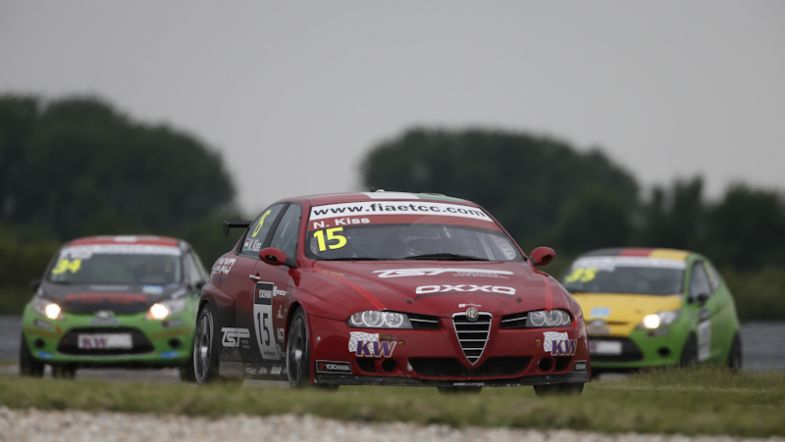 Mat’o Homola has lost his win in the first race of the FIA European Touring Car Cup at the Slovakiaring after being given a post race drive through penalty as his wheels were not fitted to the car at the five minute board.

Homola had let from lights to flag in his BMW 320 TC to claim the win at his home race, followed up by a victory in the second race from eighth on the grid.

However, a late call to put slicks on was deemed to have taken place after the five minute board, and so he has been given a 30 second drive through penalty. This drops him to tenth overall in the results table, but only to second in the TC2T results due to the clash between the two Campos Chevrolets of Nikolay Karamyshev and Igor Skuz, which had gone on to finish 15th and 16th.

The penalty promotes Norbert Kiss to the overall win of the first race in the Team Unicorse Alfa Romeo 156, and Mikhail Grachev to the TC2T class victory, even though the Russian driver had been forced to start from last place after missing qualifying.

To add insult to injury, Homola was also given a 1,000 EUR fine for performing doughnuts at the outside of Turn 3 after winning the second race, with the stewards deeming his actions not conducive to safety.