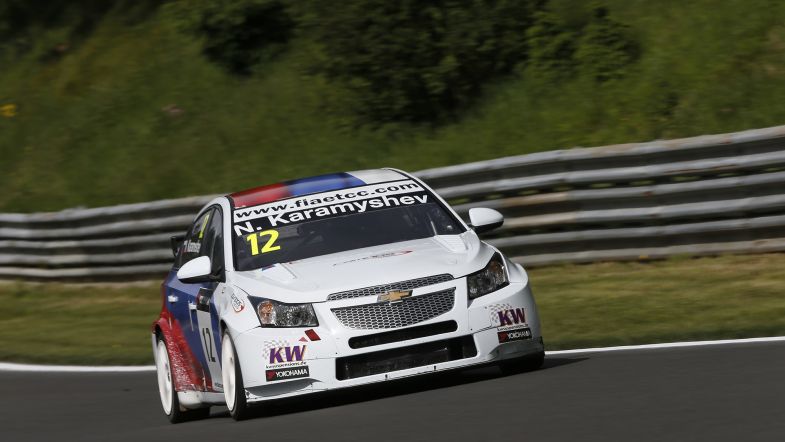 Nikolay Karamyshev was fastest in the first test session of the FIA European Touring Car Cup weekend at Salzburgring. The Chevrolet Cruze driver lapped the fast circuit in 1:28.527 and was just over eight tenths of a second faster than Campos Racing team-mate Igor Skuz.

Mat’o Homola was third fastest overall and of the TC2T class in his BMW 320 TC for Homola Motorsport, 1.164 seconds off of Karamyshev’s time.

Homola headed no less than six BMWs from position four to eight. Michal Matejovsky was fastest of the normally aspirated BMWs in fourth position, 1.924 seconds off the top time.

Just three S1600 cars took part in the session with Gilles Bruckner the fastest with his Ford Fiesta in 20th position overall ahead of Christian Kranenberg.