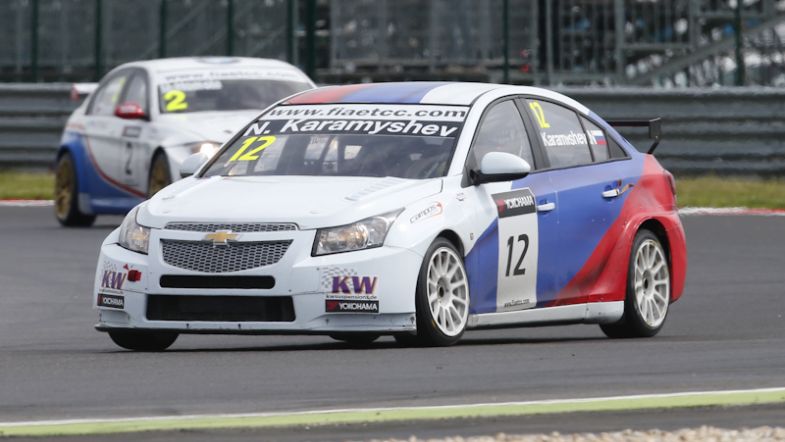 Campos Racing’s Nikolay Karamyshev topped the final practice session of the Salzburgring weekend for the FIA European Touring Car Cup, in a session which was red flagged with incidents for both Honda’s Peter Rikli and the Alfa Romeo of Samuel Sladecka.

The Russian driver ended the 30 minute session fastest with a time of 1:28.504, set before the red flag, with the Russian electing not to take part in the remainder of the session when it resumed.

Swiss driver Peter Rikli crashed out at Turn 3 in his Rikli Motorsport-run Honda Civic FD, which caused the red flag stoppage. During the final moments, the Alfa Romeo 156 of Samuel Sladecka, the only Alfa in the field as Norbert Kiss is racing in the FIA European Truck Racing Championship at Misano these weekend, crashed out at Turn 9.

Karamyshev ended the session just over a quarter of a second ahead of his Campos Racing team-mate Igor Skuz, both driving the Chevrolet Cruze 1.6T, with Mat’o Homola third fastest in his TC2T class BMW 320 TC.

Milovan Vesnic was the fastest of the TC2 class runners in his normally aspirated BMW 320si, 1.7 seconds down, just ahead of the turbocharged BMW of Aytac Biter.

The next session for the ETCC is qualifying at 16:45.