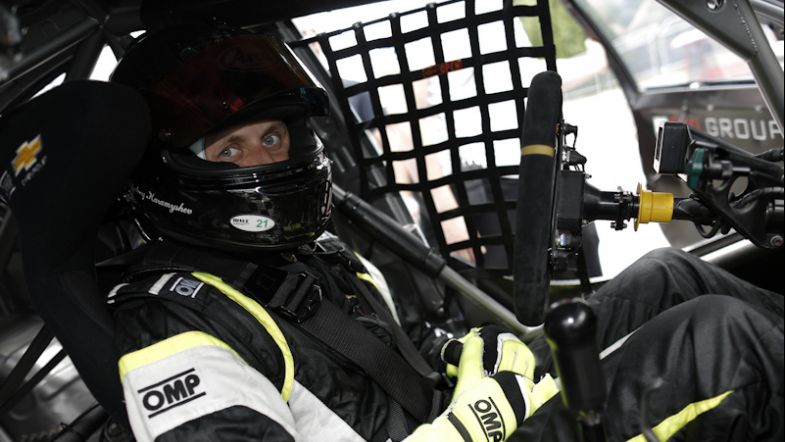 Nikolay Karamyshev grabbed pole position in the dying moments of qualifying at the Salzburgring for the third meeting for the FIA European Touring Car Cup, despite a late red flag stoppage, going out and grab pole by almost seven-tenths of a second ahead of his Campos Racing team-mate Igor Skuz.

Up until that point, Ukrainian driver Igor Skuz was sitting on provisional pole for the first race tomorrow at the Salzburgring in his Chevrolet Cruze, faster than Karamyshev by just 39-thousandths of a second, but a red flag with just four minutes to go allowed Karamyshev to regroup and head out on fresh tyres for a final run, with which ge grabbed pole position comfortably while Skuz remained in the pits.

Mat’o Homola was the closest driver to the Campos Chevrolets in his BMW 320 TC, 1.1 seconds behind Karamyshev, while the gap was a further second to the fourth placed car both overall and in the TC2T class, Aytac Biter’s BMW.

Petr Fulín secured pole in the TC2 class in his normally aspirated BMW 320si with fifth, ahead of his Krenek Motorsport team-mate Michal Matejovsky, followed by the identical BMWs of Christian Fischer for Engstler Motorsport and Milovan Vesnic for ASK Sport Auto Vesnic.

Aku Pellinen took pole in the Single-Make Trophy class with 12th, with Ulrike Krafft continuing her run of pole positions in the Super 1600 class in her Ravenol Team Ford Fiesta, 20th overall.