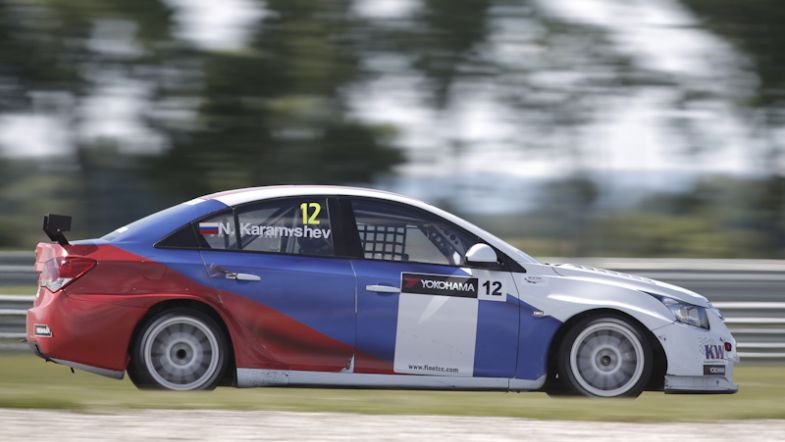 Nikolay Karamsyshev goes from last to first in Austria

Campos Racing’s Nikolay Karamyshev has extended his lead in the TC2T drivers’ standings after a stellar drive in the first race at the Salzburgring, going from last to first, while his closest rival in the standings before the race, Igor Skuz, crashed out at Turn 9 with four laps to go.

Karamyshev had been excluded from qualifying despite setting the pole position time yesterday after his car was found to be underweight, but he managed to work his way forward to take the lead from Mat’o Homola’s BMW on lap nine, who’d just inherited the lead when Igor Skuz retired from the race.

Skuz, also driving a Campos Racing-run Chevrolet, made contact with Ulrike Krafft’s S1600 class leading Ford Fiesta at Turn 9 while he was leading, with both eliminated on the spot.

Karamyshev managed to pass Homola on the following lap, but then his tyres finally began to lose grip in the searing heat, and was forced to defend against Homola for the final two laps to claim the victory.

Aytac Biter finished third overall and in the TC2T class, while Michael Matejovsky took his first win of the year in his TC2 class BMW 320si with fourth overall, ahead of the Engstler BMW of Christian Fischer, and his own team-mate Petr Fulín’s Krenek BMW in sixth.

The second race follows with Milovan Vesnic starting from pole in his BMW 320si.