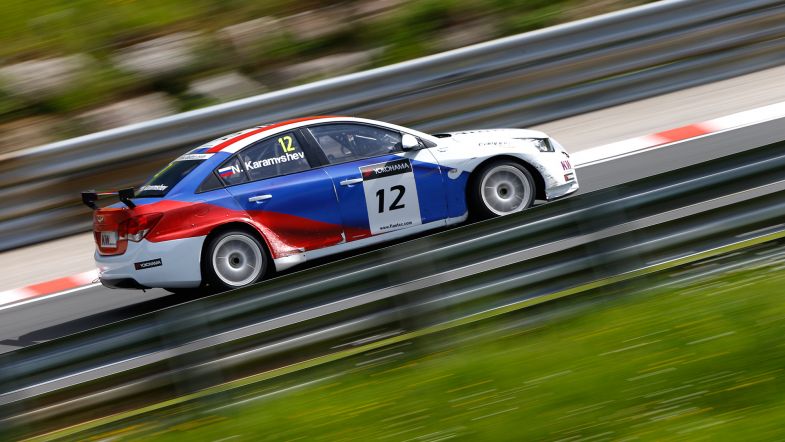 Nikolay Karamyshev continues to top the timing sheets at Spa-Francorchamps as the Campos Racing driver was fastest in the free practice session, a session shortened by six minutes due to a red flag for debris on track.

The Chevrolet driver lapped the circuit in 2:35.577 and was close to nine tenths of a second faster than Mat’o Homola who put his BMW 320 TC in second place. Karamyshev’s team mate Igor Skuz was third fastest but over 2.2 seconds from the top time.

Petr Fulin was fastest of the TC2 class for naturally aspirated cars in fourth position overall, just under four tenths of a second faster than class rival and Alfa Romeo 156 driver Samuel Sladecka in fifth position.

Next up for the FIA European Touring Car Cup drivers is the qualifying session.