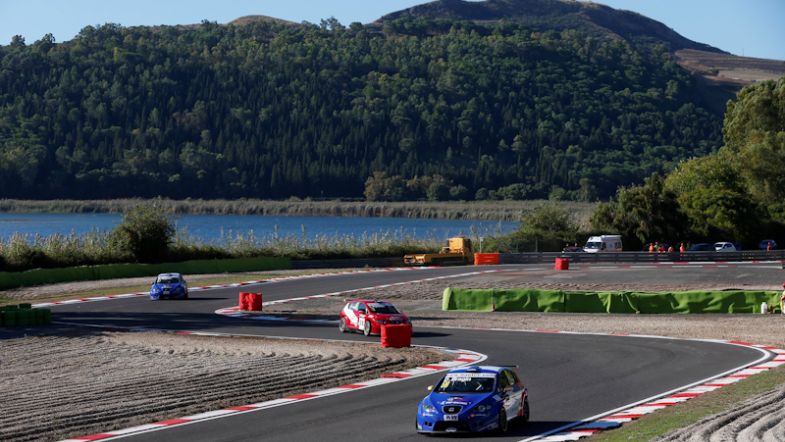 Karamyshev on top in Pergusa warm up, Bragin crashes out

Campos Racing’s Nikolay Karamyshev was fastest of all in the morning warm up at Pergusa ahead of the final two races of the 2014 FIA European Touring Car Cup, while their was drama for Single-Make Trophy title contender Dmitry Bragin, who crashed out at the second chicane.

Karamyshev led the way in his Chevrolet Cruze 1.6T ahead of team-mate Igor Skuz, whose car had been repaired overnight after the two had come together in qualifying. Mat’o Homola was third fastest in his BMW 320 TC, and will start alongside Karamyshev on the front row for the first race at 12:15 CET.

Sergey Ryabov, who’s also in contention for the Single-Make Trophy title, was the fastest of the SEAT-only class in tenth, 2.5 seconds off of the ultimate pace.

In Super 1600, Gilles Bruckner chose to skip the session and Ulrike Krafft didn’t set a competitive time, which left it to Ukrainian Kseniya Niks to be the fastest of the class, 18th overall in her Ravenol Team Ford Fiesta.