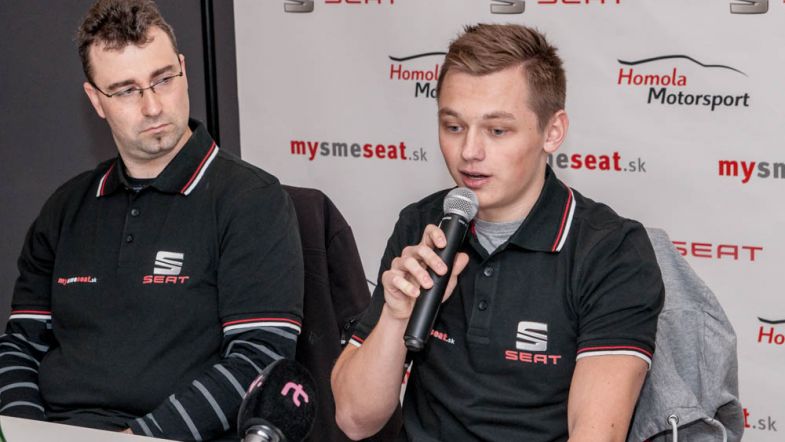 Mat’o Homola switches from BMW to SEAT for the Single Makes Trophy of the 2015 FIA European Touring Car Cup.
“SEAT is an extremely quick and dynamic car and I really love the design. We have approached SEAT Slovakia and we have agreed on an interesting sponsorship deal. After two vice champion results in a row, it is logical to have high goals! I’m ready and prepared,” said Homola.

The Slovakian finished second overall in the 2013 and 2014 ETCC, driving a BMW 320 TC in the TC2T category last year. The ambitions of the team ahead of the coming season is to claim the overall title.

”We were watching Mat’o for a long time and as we ‘do business’ in the same industry, we couldn’t miss his results and progress. We want to help him with his progress and together we want to bring a European Championship title to Slovakia. Everything happened quickly as we believe it is a great opportunity for us,” said Matej Machacek, general manager of SEAT Slovakia.

The 2015 ETCC season starts on May 3rd at the Hungaroring.